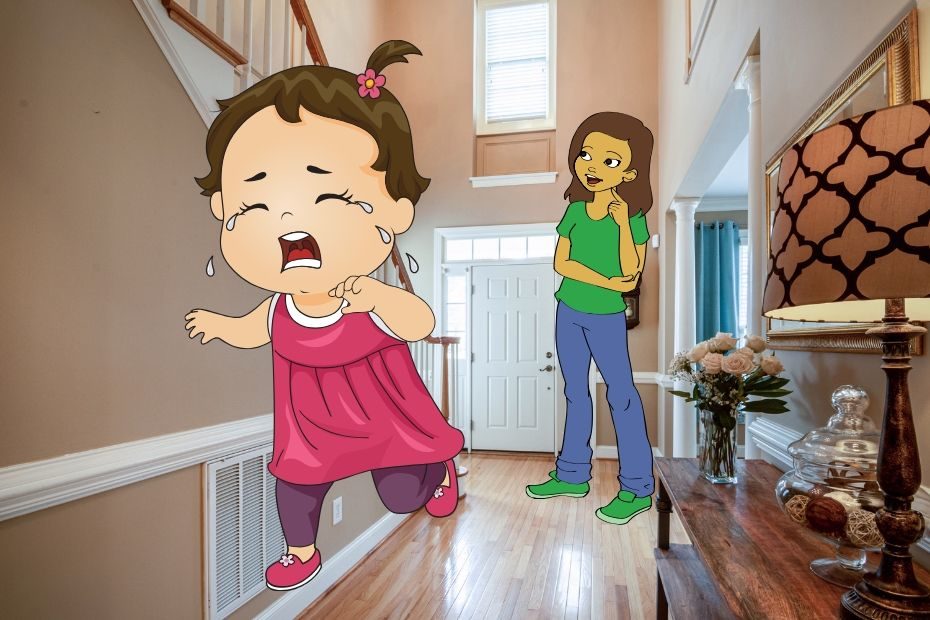 Toddlers are young human beings. Therefore, there is what they like in a person and what they do not like. They also choose who to like and who to hate, just like any other person. Unfortunately, toddlers are not in a position to express their opinions and feelings about their nannies. It is mostly their parents’ choice; how can they object while they are just kids? The parents’ choice of a “nice” nanny might not be the type of person they like. Anyway, how will they get their parents to understand what they like better? If you have a toddler and leave him/her with the nanny, this piece of writing is for you. Read it and save your toddler from the mystery of nannies.

The following are signs that your toddler will give to show that he/she hates the nanny you have chosen for him/her:

When toddlers like you, they trust you in every way. They believe that whatever you are going to tell them to do is the best for them. You will, therefore, be in a constant agreement on different activities with them. As a parent, when you get a nanny to take care of your toddler, you should constantly observe him/her. You will be able to judge the toddler’s reaction to the nanny’s orders. When you realize he or she does not take orders from the nanny, that means he/she hates the nanny. The toddler does not consider the nanny to be of any help. All he/she sees is the nanny being a bother when ordering or telling him/her what to do. He or she, therefore, does not see the value of a nanny’s position in their home.

Toddler complains about the nanny.

The toddler does not reveal her/his real character to the nanny.

A toddler may be unwilling to be his/her self when afraid or not comfortable with someone or something. When it is the nanny’s turn to deal with your young, one observes the change in his/her character. If he or she does not like the nanny, a different character will catch up. For instance, the toddler may switch from being cheerful to a very moody kid. He/she may go silent in the nanny’s presence while on the other hand, he/she is very talkative and playful. You may also often find your kid does not want to stay anywhere near the nanny. It is apparent that the kid does not like the nanny, and there is what he/she fears in nanny.

There is zero evidence of a bond forming between toddler and nanny.

At times, kids may hate their nannies during the nanny’s first days at work. It is mostly about the new face, which is very normal. Later, the kids adjust and accept the nanny and get comfortable. So every time they are with the nanny, it is just like they are with the mother. When you realize the relationship between your young one and the nanny does not change, there is a problem. When your child constantly reacts the same to the nanny’s show up. For instance, the kid may start crying or even isolating him or herself. It means your kid did not like the nanny ever since their first meeting. The reason as to why his or her reaction towards the nanny’s presence does not change even a long time.

The toddler does not want you to leave.

Most of the parents get nannies to take care of their young ones because of other commitments like work. When your child does not like the nanny, you will realize he/she is very reluctant to let you go. The kid may start crying when he or she sees the mother preparing to leave the house. They also tend to become rebellious in a way to get the mothers’ attention stuck to them. For instance, the toddler may start kicking, and if the nanny was feeding him/her can start refusing to eat. The toddler hates to be left behind with the nanny for reasons well known to him or her.

As the parent to the young one, you should observe the toddler’s facial expressions when the nanny appears. Staring at the nanny with wide-open eyes is an expression of fear. Also, a toddler does not move the eyes when he or she is looking at someone who they are afraid of. If the young one expresses fear when the nanny shows up means he or she does not like him or her.

Toddler constantly turns down offers from the nanny.

Toddlers are just like any other human; if they do not like you, they can not take anything from you. The child refuses to take a lot of stuff if you let the nanny be the one to pass to them. For instance, you may go home and find the child hungry. The reason being he or she refused to feed on the nanny’s food. The child will refuse to accept gifts from the nanny. But accept them if a different person gives them to him or her. This is a sign of hating the nanny.