Why Do Babies Put Everything in Their Mouth? 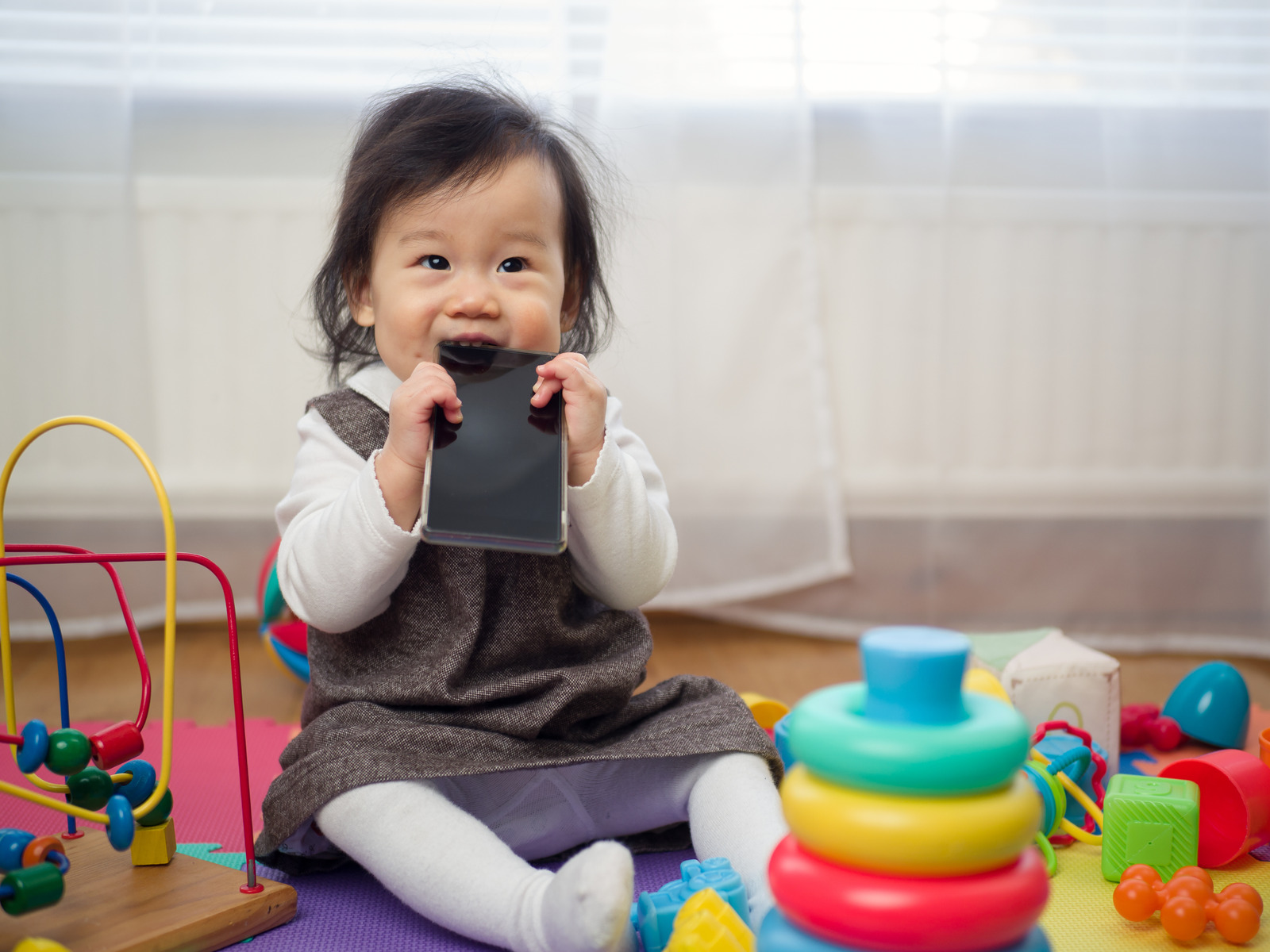 Why Babies Put Things In Their Mouths

Why do babies put everything in their mouth? If you’ve ever had to wrestle with a spitty infant who is clinging to a set of car keys with the strength of an octopus, you’ve probably huffed this question towards the heavens.

The good news is that it’s nothing to worry about. There are many reasons why babies put things in their mouths, and none of them are cause for concern. It’s a completely natural instinct with natural explanations.

Let’s break down the “how”s and “why”s of your cute little sea creature.

Most babies undergo the same general stages of development. They just do things at their own pace, and no amount of prodding from mom and dad will make them move their caboose any faster. They’ll reach their milestones when they want to, thank you very much.

To understand why babies put everything in their mouths, you’ll first need to understand how their minds and bodies develop:

Now that you understand the development behind babies putting everything in their mouths, it’s time to look at some of the most common reasons why it becomes such a fun hobby for them. While this isn’t an exhaustive list by any means, it should be enough to give you a general idea of what’s going on with your infant.

Adults take a lot of motor control for granted. We don’t remember a time when our jaws, lips, tongues and cheeks weren’t perfectly coordinated, so we don’t realize the significance when a baby’s mouth movements start to lose their clumsiness.

To an infant, however, it’s something that only comes with practice. They have to experiment with sucking and gumming on things until they can master the movement.

This is especially true when hands and feet start to get involved. When you think about it, a baby grabbing their toes and nibbling on them is a remarkable display of balance, dexterity and coordination. They have to be able to move their limbs on their own; they have to be able to grip and hold their feet. They’re aiming an object at their mouth. They’re flexing their strength as they maintain their position.

Honestly, if you aren’t marveling over your baby’s soggy toes, it’s time to start. Babies are amazing.

This is another big reason why babies put everything in their mouth. The mouth of a baby is a well-developed area for sensory input. They explore the world by touching and tasting, and they engage with people, objects and environments by utilizing their senses in new and exciting ways.

Additionally, babies can learn important things from their taste tests. A foul or acidic thing might be poisonous; a sharp thing might be dangerous. Babies don’t even realize that they’re making these judgments, but the animal instincts are there.

It’s actually a good sign if your baby is putting things in their mouth. It might be hard to believe when you’re going through dozens of spit rags per day, but it’s proof that they’re curious about their environment and confident enough to perform their own tests on it. Sick, scared, anxious and insecure babies don’t behave this way.

You’ve probably chuckled at YouTube videos of babies trying to pluck food out of a cartoon or picture book. It’s true, however, that they can lack awareness of where food comes from and how to get more.

It’s also quite common for babies to get confused about what’s edible and what isn’t. If you’ve ever yelled “NO!” at your baby as they’ve cheerfully tried to consume bugs, keys, toys, purse straps or family pets, you’ve seen this lack of comprehension in action.

All in all, it isn’t unusual for an infant to suck or chew on things when they’re feeling hungry. There isn’t a grand purpose or conspiracy behind it. Their little tummy is rumbling, so they pick something up and try to eat it. It’s just bad luck when that something turns out to be the cat.

Most babies develop their first teeth between 4 – 7 months old. This is just the most common range, however; they can start as early as 2 – 3 months or as late as 10 – 12 months. The tooth fairy comes when it wants to come.

Some teeth develop quickly and pop up without causing your baby any fuss. Other teeth might take days or weeks to develop, and they might bother your baby long before you’re aware of the problem. When they haven’t broken through the gums, they’re just hard lumps underneath the skin, and you might not realize that they’re there when you can’t see them.

Teething pain is one of the most common reasons why babies put everything in their mouth. Fortunately, there are steps that you can take to reduce their discomfort and lessen all of their mouthing and gnawing.

How to Stop Mouthing and Chewing From Your Baby

Even when you understand why your baby puts everything in their mouth, you might have reasons for wanting it to stop. For example, they might be chafing their skin with excessive sucking and drooling, or they might have gotten into the habit of mouthing to demand food or attention.

How can you stop your baby from putting everything in their mouth? You’ll need to be both practical and inventive.

It can be a source of frustration when your baby is putting everything in their mouth despite your best efforts to convince them that vacuum cleaner hoses aren’t actually food.

At the end of the day, however, it’s important to remember that sucking, chewing and drooling on things is a completely natural instinct for babies. They’re just exploring the boundaries of their world with the tools that they’ve been given.

You don’t have to worry about a baby putting things in their mouth. It’s simply one of those habits that makes little humans unique!

1 thought on “Why Do Babies Put Everything in Their Mouth?”