Where Should My Baby Nap? 12 Safe Spots for Baby Naps 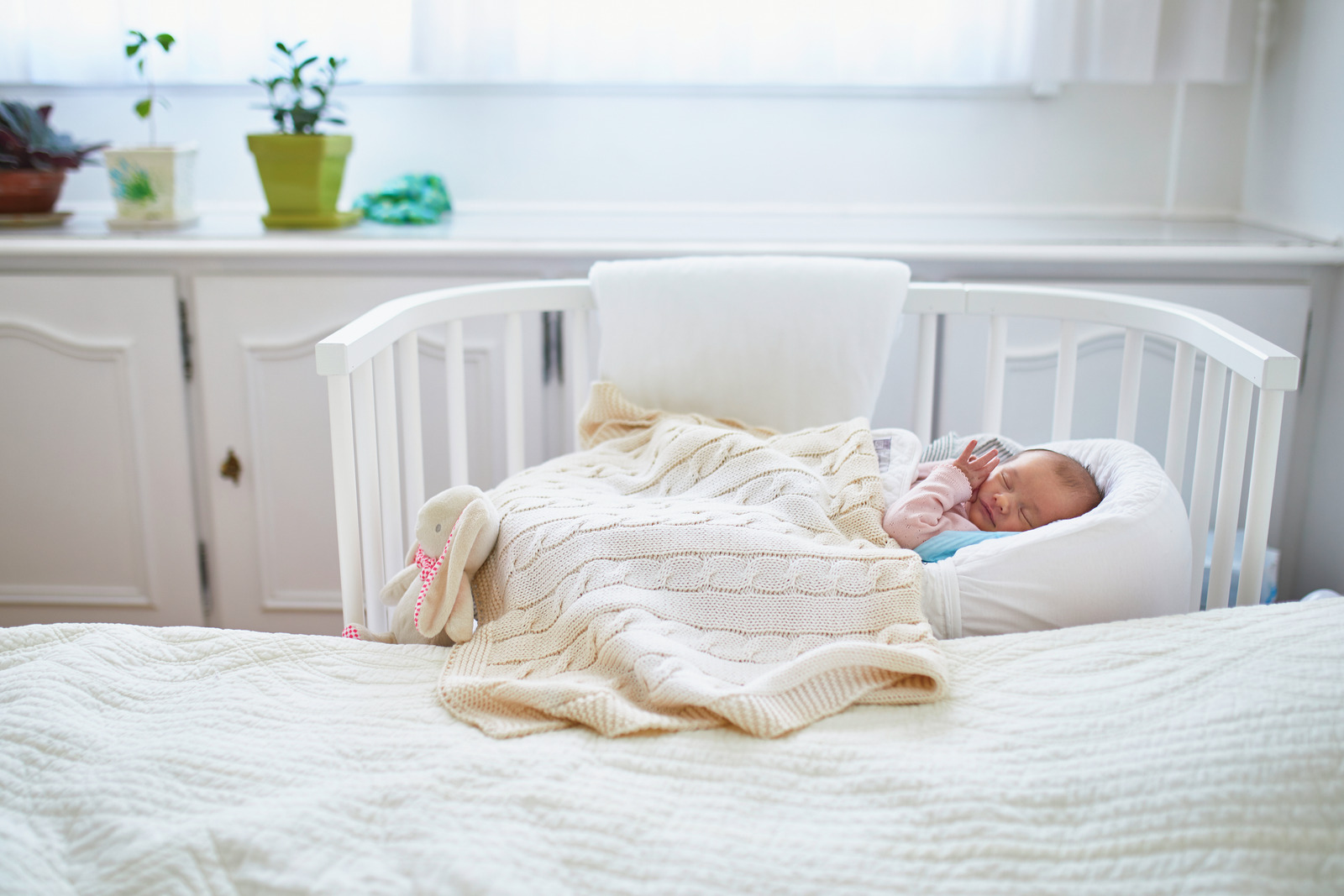 Where Should My Baby Nap?

Baby naps are an opportunity for a parent and their little one to rest. However, the process of getting a baby nap during the day can be stressful; thus, it’s crucial to understand the basics of napping a baby. You might need to know the best time to nap a baby.

However, it might take a while before a toddler develops a sleep schedule. For example, babies during the first month can sleep and wake any time, and their sleep period between feeding are relatively equal. Their nap time might become more predictable and lengthen as they get old.

Whether a parent loves snuggles from their newborn or not, it can be exhausting and breaking to carry a child all day long. Of course, as a parent I will want to put my napping baby down at some point, and that’s when is should know where should my baby sleep. The following are the favorite places for baby naps.

It comes with a fantastic design that lets a napping baby snooze all day long. With its modern plush fabrics and design as well as its beautiful aesthetics and functionality, play sleeper can be used as a fashion statement for a homestead.

It also comes with a technology that lets parents customize and control music, vibration, and speed settings using their connected devices or remote. It also has a feature that enables parents to save their preferred settings for future nap sessions.

Nothing impresses babies than napping in the arms of their parent. However, the next best place for baby naps when a parent wants to rest is on a bouncer that moves like their hands. Bouncers are fitted with unique features that replicate the movement of human arms.

Besides lulling toddlers to sleep with the motion of their choice, bouncers come with built-in music or sounds that have an MP3 plug-in. It is Bluetooth-enabled, meaning parents can control movement, volume, and speed from any compatible device.

It is a unique chair that can keep newborns and up to 2-years old kids entertained and comfortable. It has three positions for playing, lounging, and napping. It also rocks well with the movement of a napping baby, meaning no cords or batteries are necessary.

The bouncer bliss not only grows with a child but can also fold flat, and it is portable and lightweight for easier storing. It is also made with material that doesn’t react with harmful substances and has a design that provides comfort and stimulates the development of the motor skills of the child.

The market is cluttered with a lot of innovative bassinets for comfortable and happy babies. For example, SNOO bassinet comes with unique features to soothe a child on behalf of a parent. Bassinets are designed to help tired parents soothe their little ones, and they come with features that parents can’t find anywhere.

It has a bassinet that rocks a child gently to sleep as well as a built-in swaddle to keep the child safe. Like a night nurse, the bassinet responds to cries of a napping baby after waking up by shushing and rocking him or her to sleep.

For parents who prioritize modern design, the Coco Stylewood can be an excellent choice. The style of this stylish chair is made of curved baltic birch wood and has an elegant seat finish.

It is a simple chair that uses the natural rocking motions of a napping baby to soothe. Coco Stylewood isn’t only beautiful but also a safe option that comes with an adjustable padded harness and a material that can’t react with flame retardants.

Parents might need a mobile bassinet that they can take on a road trip or move around the house. Portable bassinets come with large travel bags as well as a convenient and quick fold for easier and quick pack up and transport.

Portable bassinets are also fitted with a unique canopy, breathable mesh walls, and a unique two-tiered design to allow parents to raise their little ones closer to them at night.

Of course, parents don’t have to rely on hotel cribs when their toddlers nap while on the move. After all, some hotel cribs may even not meet the safety standards for parents and their babies to rest while on the journey.

Luckily, the traveler comes with breathable mesh walls, meaning that parents don’t have to worry about the face of their kids getting too close to the fabric. The traveler also lets parents keep a close eye on their kids as they sleep.

Interestingly, a travel cot can be lighter than a child and compact enough for a parent to stash it in suitcase or plane’s overhead bin. You can unzip one the sides of the travel cot for a napping baby to breathe.

The versatility and innovative design of dock-a-tot sleepers make them an ideal place for baby naps. Dock-a-tot sleepers are designed to mimic the womb and create a soothing and snug environment for a napping baby to co-sleep and play.

Its non-toxic, breathable materials ensure that this co-sleeper not only keep a napping baby safe throughout the day but also soothes him or her to sleep. These co-sleepers also come with upgrades such as a chick travel bag, cloud technology, and the new toy arch.

Parents that aren’t willing to give up their co-sleeper if their napping baby outgrows it can upgrade it to make it suitable for their little one.

A baby can nap comfortably in a swing. A swing can be useful when a toddler doesn’t want to sleep, and the parent has to go for work. It provides gentle music and soothing motion to keep a toddler asleep. However, a child can’t sleep in a swing for long. In fact, some children hate their swing.

Swings are only considered safe when a parent is nearby, and it can’t be left unattended all night. However, like any other thing, the angle of the swing can compromise the safety of a child, but that can’t be a concern when a napping baby is near a caregiver. Though the angle of the swing may sometimes not compromise the airway, using it for long can make breathing difficult and can increase the risk of SIDS.

While this is an ideal baby nap location, parents should keep in mind that safe sleep guidelines include beddings and mattresses free of entrapments hazards and plush or fluffy materials.

A comfy couch can be an excellent baby nap location. Fatigue caused by pregnancy could have turned your couch into a favorite spot to nap. Though sofas are a great place for adults to nap, it can be dangerous for a child.

Remember a toddler is still building up their strength and learning to control and move their bodies. Sometimes toddlers can roll into a position they can roll back, and letting a child roll into cushions of a couch can compromise their breathing.

As such, a firm surface is a best and safest baby nap location that guarantees protection against SIDS.

Nothing frustrates than trying to transfer a child gently from the car seat to their cot or crib, and then the child wakes up. It can be tempting for a parent to leave their toddler in an infant car seat and assume it’s safe. After all, the seat is designed with the safety of an infant in mind.

However, these seats are designed for the safety of the car, and not safety outside the travel system or vehicle. The angle of an infant car seat is likely to change and compromise the airway of a kid if it isn’t fastened. At one point, professionals considered an infant car seat as a safe option for a child to nap, and parents were even recommended to have it as an alternative to a baby cot or crib.

Though the designs for infant car seats tend to change frequently, their risks also tend to increase over time. The seats that were once considered safe are now seen as a safety hazard.

However, infant car seats are sometimes considered a safe nap spot for kids when a caregiver is attentive and nearby. I never assume this, and as a parent, I always follow the instructions provided by the manufacturer of the car seat to know where should my baby nap.

Bouncy seats are a safe spot for a kid to nap when parents use them as recommended. However, parents should note that these seats aren’t for use when a caregiver isn’t nearby and attentive.

Allowing kids to sit and play with their toys and nap for a short period as parents catch their breath are some safe ways to use bouncy seats. Leaving a child in a bouncy seat night overnight or leaving them in an excluded room for a long nap isn’t safe.

Though these seats are safe overall, their design doesn’t allow parents to leave their toddlers unattended for an extended period. Toddlers often have limited neck movement and control. As such, the angle of a bouncy seat can sometimes allow the head of a toddler to move forward, and as a result, compromise their airway.

previousCan I Give My Baby Water?
nextBaby’s Failure to Thrive Due to Slow Weight Gain