When & How to Have a Baby Shower: Everything to Know 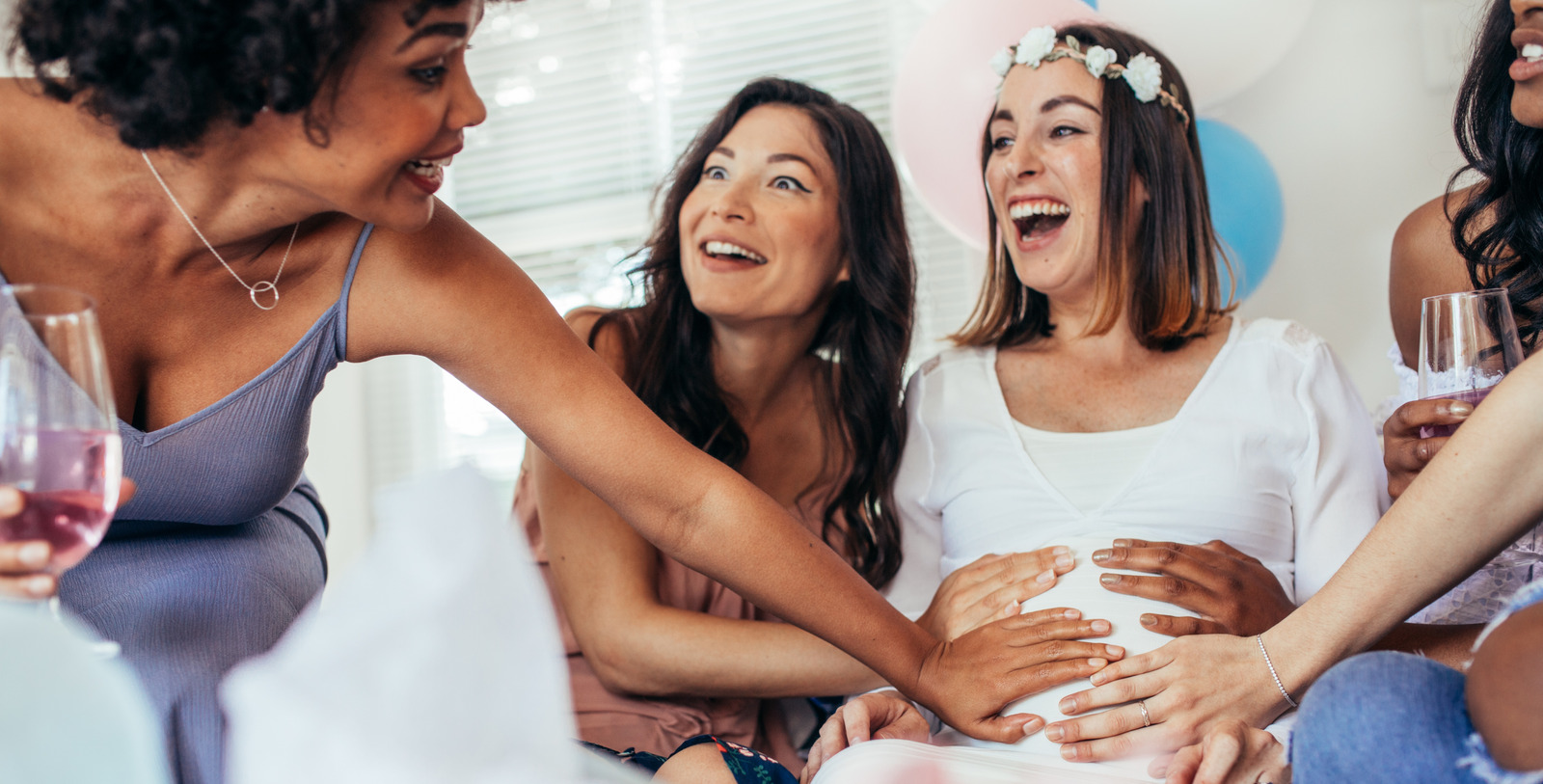 When (and how) do I have a baby a shower?

A baby shower is a special time set aside for expectant parents and their loved ones to celebrate the arrival of their new addition. Knowing when to have a baby shower and how to properly throw one is key when putting on a great event that everyone will enjoy.

When Should A Baby Shower Be Held?

A majority of baby showers are held four to six weeks prior to the baby’s due date. This allows the parents enough time to organize gifts and set up necessary items in the nursery. It’s also considered a safe zone, although a pregnancy is not deemed full term until 37 weeks gestation.

An exception to this general rule of when to have a baby shower prior to the birth would be if a mother is expecting multiples, making her more likely to deliver prematurely. In this case, the baby shower might be held eight to ten weeks in advance to allot the expectant parents extra time to set up the nursery before delivery, or to err on the side of caution since many mothers of multiples end up on bed rest a few weeks prior to delivery.

In some cultures, it’s considered unlucky to hold a baby shower prior to the birth. In cases like these, the decision on when to have a baby shower is usually put off until after the baby has arrived safely.

Other unique situations, like an adoption, may also necessitate the need to hold off on the decision of when to have a baby shower. The potential parents may not want to jinx the adoption by holding the shower too early. They also may not know the gender of the baby, so holding off until after the birth would be wise when considering purchasing items specifically tailored to the infant’s sex.

Who Should Throw The Baby Shower?

Once the decision on when to have a baby shower has been made, the next task is to decide who is in charge of throwing the exciting event. Tradition says that close family members should not be responsible for organizing the baby shower, but this rule is often not followed.

Why Close Family Members May Not Throw A Baby Shower

With the popularity of baby showers, you may be surprised to learn that the tradition of throwing a party in honor of the parents-to-be has only been around since the early 1940s. It was often thought that if close family members were in charge of organizing the baby shower, it would be seen as them being greedy or asking for gifts for their loved one.

That thought might seem a bit silly now, since a majority of baby showers are thrown by close family members and friends of the expectant parents. A mother, sister, mother-in-law, or best friend is typically the one at the helm when it comes to deciding when to have a baby shower and where to have it.

Some women may be lucky enough to receive more than one baby shower. When she and her baby are surrounded by so much love and support, it’s natural for friends and even co-workers to want to throw a baby shower in honor of the mom-to-be.

Special consideration needs to be taken into account when deciding on when to have a baby shower with friends or co-workers. These baby showers are often smaller than the larger, family-organized baby shower, so the timing should be worked around the main shower to avoid any conflicts. A baby shower thrown by co-workers should also be held prior to an expectant mother’s maternity leave, which can often start as early as the third trimester if bed rest is required.

Where Should A Baby Shower Be Held?

Location is very important when it comes to throwing a baby shower. The space needs to be sized appropriately to accommodate all guests. It should also be conveniently located for attending guests, with the parents-to-be having easy-access to the event space.

To Rent Or Not To Rent

When deciding on when to have a baby shower, you’ll likely have a few friends or family members offer up their homes for the event space. While this is certainly acceptable for smaller, more intimate gatherings, a large baby shower needs adequate space and restrooms for all attending guests.

There are several advantages to renting an event space. Some of these advantages include:

Renting an event space can be costly, but there are ways to save money in other areas to compensate for this extra cost. If you have multiple options for when to have a baby shower, choose the option that is the least expensive. Event spaces often offer discounts on week days, Friday evenings, or Sundays.

Some event spaces allow you to bring in your own food, which can be a great cost-saver. Making your own decorations is another excellent way to save money while creating a more personalized baby shower for the parents-to-be.

Who Should Be Invited?

The guest list is a very important component of the baby shower planning stage. The guest list should also be taken into consideration when deciding on when to have a baby shower, since some guests may be coming in from out-of-town.

The Most Important Guests

Aside from the mom-to-be and potentially the dad-to-be, if holding a co-ed shower, close family members should be the highest priority on the guest list. Parents, in-laws, grandparents, and siblings are crucial guests to include.

From there, the guest list can be extended to aunts, uncles, cousins, and friends. Remember to keep the parents-to-be always at the forefront of your mind since their needs and desires are the most important when it comes to planning the baby shower.

One situation that may arise is a guest not necessarily wanted by you and those throwing the baby shower, but insisted upon by the parents-to-be or other close family members and friends.

If the parents-to-be are passionate about inviting the guest, your own feelings should be put aside for their sake. After all, they are the guests of honor and this is one of the most important days of their lives. On the other hand, if a sibling is insisting on inviting a friend from college that the expectant mom has never met, you can politely decline to send them an invitation and offer up an alternative solution like a coffee date where the unwanted guest can visit with the expectant parents.

Planning a baby shower is a very exciting time for all involved. Emotions may be running high for the parents-to-be, so always keep that in mind when deciding on key details. Remember that this is supposed to be a joyful experience celebrating a new life. As long as the expectant parents are content, the rest of the planning will fall neatly into place.

1 thought on “When & How to Have a Baby Shower: Everything to Know”