When Do Babies Crawl? 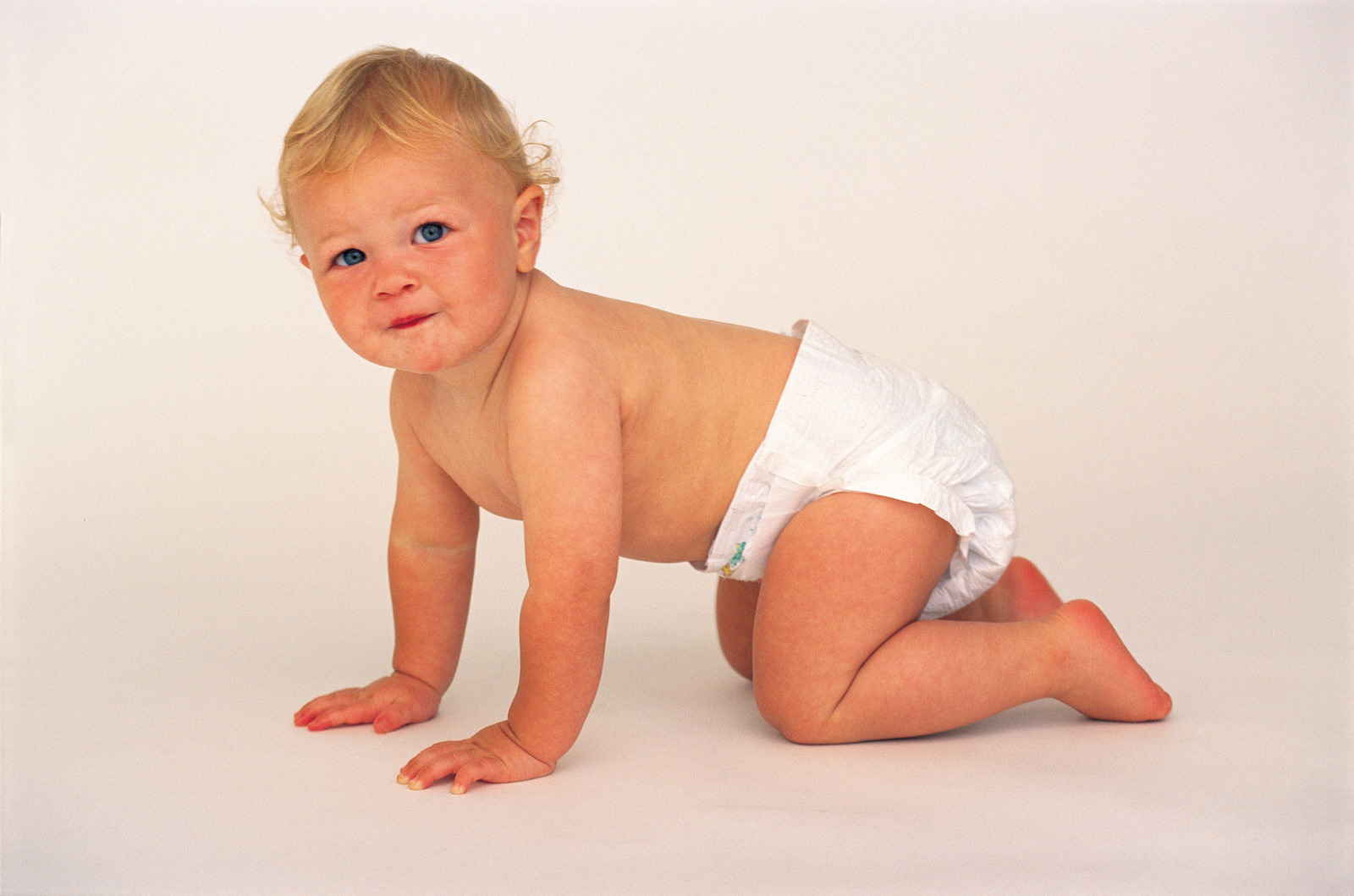 When will my baby crawl?

The majority of babies crawl when they reach the age of six to ten months because this is the moment they are powerful enough with their muscles to do so. Crawling is one of the key milestones in the life of your baby because this is the first step in achieving independence from mother and father. Knowing what to do when babies crawl is just as important as crawling is to the development of your baby. Babies crawl when they are ready with there being no definite age or time period when your infant will begin crawling. In fact, some babies will completely bypass the crawling stage and go straight to pulling up and walking or scooting on their butt.

Babies crawl when their development allows

Over the first few months of life, your baby has spent the majority of their time linked to you because you have moved them around your home as you go about your daily business. Around the six month mark of your baby’s life, you will be looking for a series of milestones including your baby beginning to sleep for longer periods at night. Sometime between six and ten months, you can expect to see your baby begin to crawl because the development of their muscles has reached the optimum stage for this to happen.

You may notice babies crawl when they have begun to try and lift their head, shoulders, and arms when placed on their belly as they try to move a little more than in the past. What we rarely consider is the combination of muscles and brain needed for your baby to become a success at crawling. Babies crawl when they reach the brain development level which allows this to occur.

Have you ever considered exactly what goes into crawling for your baby? Firstly, your baby has had to put both their brain and body into a partnership to move for the first time. One of the main reasons why your baby has begun to crawl is because they are seeing some development of their vision to allow for depth perception to improve. As your baby crawls they will usually look at their hands as they begin to move and focus on a particular point in the distance which they will glance at as they begin to move.

The ability to crawl also means the development of the body of your infant is moving in the right direction as the messages moving from brain to limbs is improving. Babies crawl when they begin to get the power to use their brain to power their body to move in the way they wish. This is a major breakthrough for your baby as before this the muscle and brain development they had undertaken did not put them in complete control of their body.

Helping your baby to crawl

Although it is a milestone for many children, some babies do not crawl at all and bypass this part of development completely. No adverse effects have been seen from bypassing crawling because babies crawl when they are preparing to walk and run. If you hope to see your baby crawl you can take a few steps to make sure your infant is ready for this moment to happen. The main focus of your baby’s ability to crawl is on the neck, shoulders, and trunk which must all reach a development level allowing them to begin moving effectively.

It is important to give your baby a lot of play time spent on their stomach which allows the development of the muscles in the neck, shoulders, and truck. For many babies, the ability to complete these movements is helped by their parents who supervise playtime on their belly and keep the baby entertained through this time. Babies crawl when they begin to pull themselves up from a position on their stomach by pushing upwards from the ground. As the parent, you can help your child with this difficult move by placing a favorite toy just out of reach of your baby and encouraging them to move towards their target.

One of the most important parts of encouraging your baby to crawl is to spend time on the ground supervising play as this will hold the attention of your baby longer than them being left alone. If you are laying on your belly playing with your baby when they are playing you can interact with them on their level and encourage a greater level of development. Babies crawl when they are becoming aware of their environment and feel comfortable enough to get moving and follow you around your home to reach new areas.

What to do when babies crawl?

You have spent most of the first few months of your baby’s life hovering around them making sure they are safe at all times. However, the first glimpse into the new mobile life of your child may have left you shocked at the dangers they face. The majority of parents get down on the ground and explore the world their baby sees to make sure they are safe when crawling.

There are many dangers your baby will face, including the issue of baby gates positioned at the top and bottom of stairs. There are many things to do when babies crawl, including a check on the safety of baby gates. A pressure gate at the bottom of the stairs is a good option, but a similar option at the top of a flight of stairs can be dangerous. Babies crawl when you may be busy which means you should spend some time babyproofing your home and other often used areas including plugging all power outlets to avoid the issue of a baby pushing their fingers into a socket.

The first move towards mobility

You may struggle with the growing independence of your baby but babies crawl when they are preparing to become even more mobile and reach more milestones. Crawling is the first step followed by:

You should always remain encouraging and express joy that your baby is developing and becoming even more independent than before. You may become concerned about the way your child is crawling but there are many different styles of crawling which your baby can try and use, including a sideways crab crawl. The classic commando crawl using only the arms is often used, as is the ability to scoot on the bottom.

There is little to be concerned with when you are watching your baby crawl but if your baby has not begun to attempt to crawl by the time they reach one year it could be with discussing their development rate with your pediatrician.