What Is A Rainbow Baby? Everything to Know 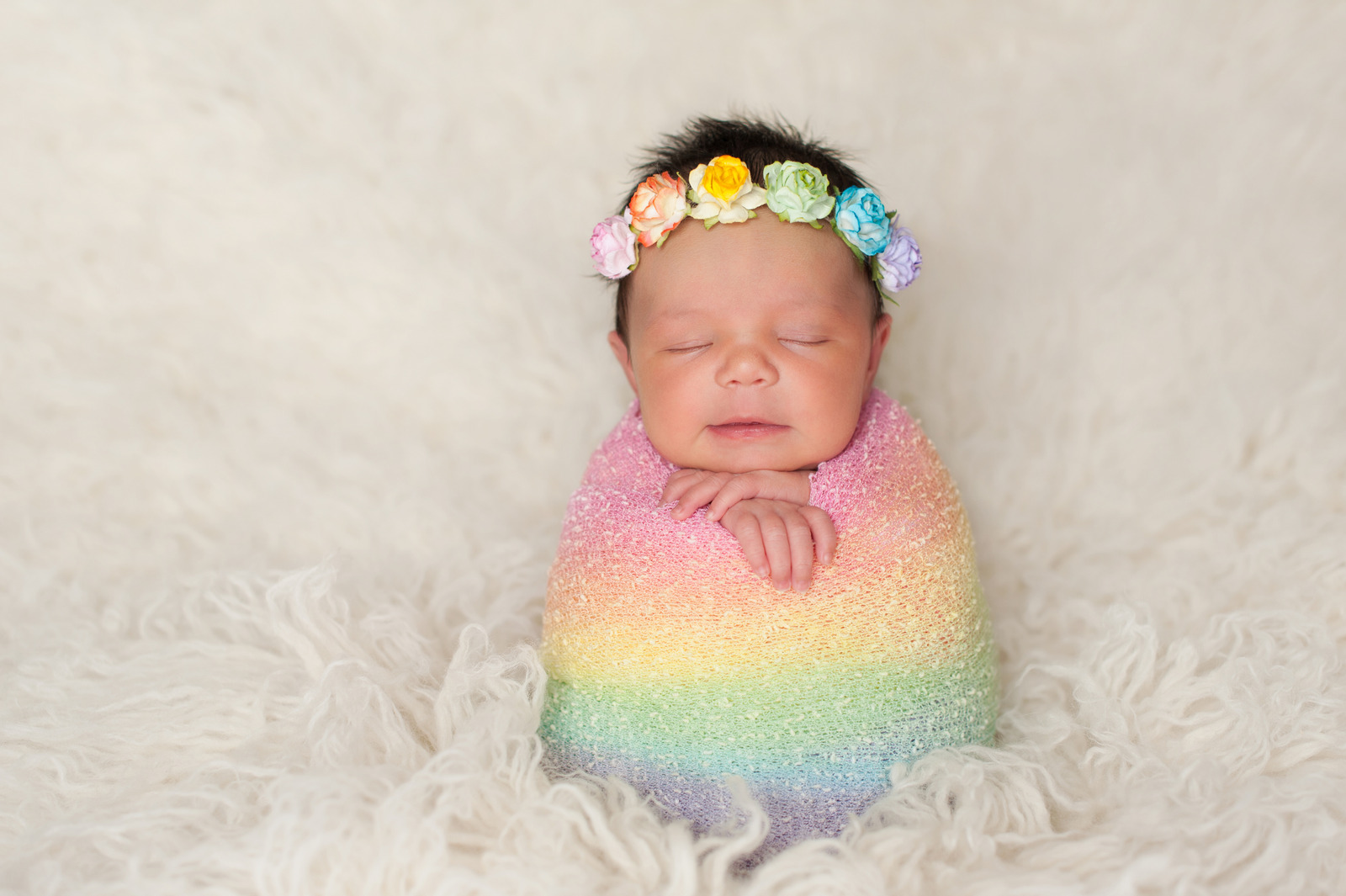 So, what are rainbow babies?

As a symbol of hope and renewal, the rainbow is the perfect object to use to symbolize the baby that comes after a previous loss. Despite how common miscarriage and stillbirth is, moms who become pregnant after suffering such a loss often feel alone. The rainbow baby movement on social media has allowed this group of women to realize they are not alone, but to find an entire network of friends who have been through a similar situation and can truly understand how it feels to not only lose a child, but to then find yourself pregnant again. The rainbow now stands as a symbol for the excitement and nervousness these parents feel at the same time as they await the arrival of their baby.

As the baby born after a miscarriage, stillbirth, or loss of an infant, the rainbow baby is considered to bring hope and renewal. Parents of rainbow babies have just made it through a nerve-wracking pregnancy where every symptom, or lack there of, is cause to worry. The pregnancy no doubt brought on a range of emotions, including fear, doubt, or even guilt. Despite the hope and joy that the rainbow baby brings, parents still remember the baby they lost, referring to that baby as “their angel” during future pregnancy announcements and in conversation.

The term rainbow baby comes from the idea that rainbows appear in the sky after a storm, or a dark time. The term has recently become popular on blogs and social media, standing as a symbol for healing and hope.

The rainbow became a symbol of hope and renewal as a result of the Bible story in which God presented Noah with a rainbow after the great flood as a promise of new life to come. The rainbow baby symbolizes not only hope for a brighter tomorrow but also healing for parents who are experiencing grief and sadness over the loss of their baby.

A rainbow baby is typically also referred to as a miracle, as they tend to have a very strong influence over their parents as they heal from the loss of their baby.

For those going through a rainbow pregnancy, it is common to experience feelings of anxiety. What is a good way to handle these feelings? Reach out for support. This may be through talking with family and friends, or through healthcare professionals who can offer suggestions to help you manage your anxiety on a daily basis. One suggestion is to begin a journal, writing your feelings down as they occur. Remember, what is a good outlet for emotions for one person may not be so for another. Give things a try, as you never know what is something that will work for you.

There are a variety of additional testing or monitoring that can take place during your pregnancy to help your rainbow baby arrive safely. Your doctor will be able to let you know more about these tests and what is available for your particular pregnancy.

While monitoring in a hospital may bring comfort to some, it could raise anxiety levels in others. What is a good suggestion for those who would prefer to be able to control their own monitoring? In the third trimester, counting kicks is often suggested to all pregnant women, as too few kicks could be the first sign of infant distress. Around the same time each day, women can begin to count the number of kicks they feel. Over time you will begin to come to know what is normal for your baby. Be sure to let your doctor know if something feels off to you or you note any changes in the number of kicks that occur.

Recent studies suggest that the grief felt by parents who have lost a child is just as intense as that felt by people who suffer other losses, sometimes lasting for a longer period of time. As such, it is highly suggested that parents who lose an infant honor that child and be open and honest about their feelings in future pregnancies.

However, today’s society often does not offer an outlet for parents of infant loss. It is not a topic that is discussed freely, causing many infant loss parents to feel isolated and alone. Some note that even family and close friends did not acknowledge their loss, while others stated they would have liked to have a funeral to bring them closure, but because the loss was so early on they were not given the opportunity to do so.

What is a good way to honor your previous pregnancy and baby? Keep their memory alive. When they are old enough, share their story with your rainbow babies. Let them know they have an older sibling, and how that sibling helped you to have them, and how special all of your children are to you.

Some choose to participate in a family activity each year, such as planting a tree, creating a rock garden, or releasing balloons with messages written to your baby. These can all help families continue to heal together as the years continue to pass.

Your doctor is there to offer help and support. It is perfectly okay to ask for a referral to a mental health professional to help you through. Studies have found that women who suffer a loss are at higher risk of postpartum depression, anxiety, post-traumatic stress, depression, and sleeping problems. Seeking help from others, including family and friends or even social media support groups, can be a great help for many moms, who continue to lean on these people even years later. Remember, what is good for one person may not work as well for someone else. You know yourself the best and as such, you will know what will work for you. Some need one-on-one support while others do well with support groups.

In addition, becoming pregnant again with your rainbow baby can bring on a whole host of new emotions. It is perfectly normal to feel new waves of grief when you find yourself pregnant. You may feel relief, joy, guilt, or any combination of these as you go through your next pregnancy. In these situation it could be extremely helpful to talk to others who have been through a similar situation, and so it is suggested that these parents find a support group, whether it be in person or online.

When parents become pregnant with a rainbow baby, they often wonder, what is a good way to announce this pregnancy? While some choose to send pregnancy announcement cards through the mail, others opt to take a photo and upload it to Instagram or Facebook.

However, what is good for some may not be so for others. Parents going through a pregnancy with their rainbow baby may choose to be a bit more close-lipped, which is perfectly fine. After all, you have already made a pregnancy announcement, and then had to make the heart-breaking announcement when things didn’t go as planned. Whatever you decide is perfectly okay.

What is the perfect time to announce? That is up to you. Some choose to announce right away and celebrate every moment, while others decide to only tell family until the baby is born, making a celebratory birth announcement online afterwards. Still other moms of rainbow babies choose to announce their pregnancy in the second trimester, which is believed by many to be the safer time of pregnancy.