Toddler Said the F Word? When to Worry 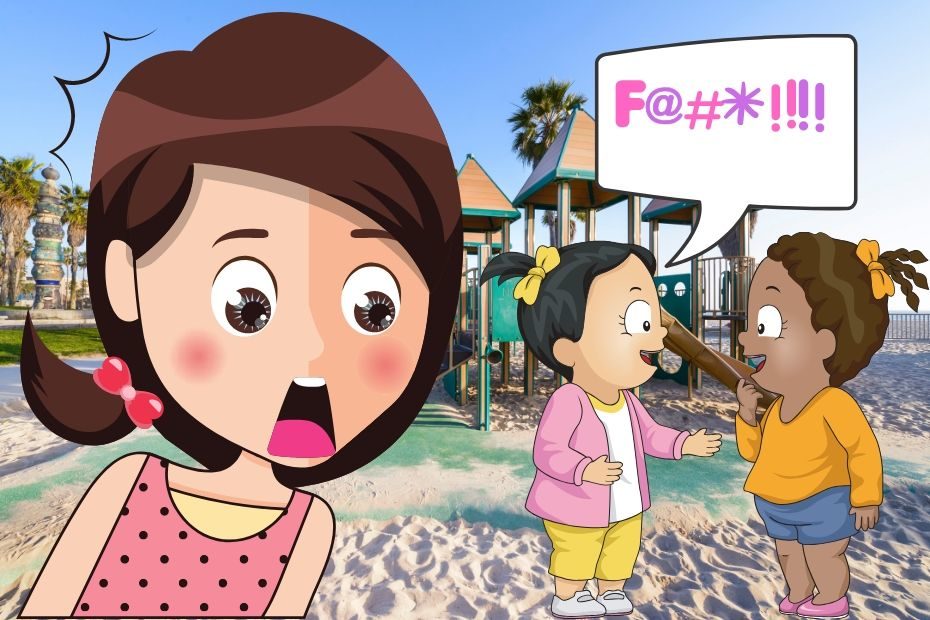 My toddler said the F word!

It can be hard for a parent to shield a child from some vulgar material, such as language from television and outside. Kids tend to repeat what they hear, which is not always the best for parents. Parents struggle to find ways to be able to teach their children right from wrong. To be able to teach them what words are and are not safe to say. It is not easy, especially if the child is fairly young. Though there are several ways to be able to handle this situation properly, one can not shield a child from the world, but they can better prepare the child and themselves.

Parents can not always control what kids say, but they can control themselves. Children look up to their parents for love and support. Many children come to admire who they are and what they do for them. They look to parents for safety, protection, and just enjoyment. Many children aim to be just like their parents the best they can. They are even going so far as to repeat the actions of their parents. It can include the language and manner their parents speak in. There are times that people just lose their temper; parents are no exception.

Whether it be on the phone with someone or having an argument in life, bad words can come out. It would be in a parent’s best interest to start with themselves for censoring. Try to control your temper and what comes out of your mouth around the child. It can be difficult, but it is possible. Whatever situation you are in, learn to take control of either it or yourself. It may take some time for new parents to adapt to and won’t be easy. Though with enough self-restraint and self-management, the child may be less exposed to such language.

Watch who you hang around

Kids tend to pick up what they heard, not from just their parents, but friends and family. It would be best to try and not expose children around those who curse often. Perhaps make it, so no one curses within the home. When having guests over make sure, to let them know not to curse around the child. It can be difficult to censor other people. You must remember not to come off disrespectful to the other person. They do have freedom of speech. As much as it can be a nuisance for you and your child, people have rights. You can not censor strangers, but for friends and family, talk to them.

If your child says a bad word, encourage them to try and censor themselves around it. Try not to come off as disrespectful to them, either. Explain the situation to the best of your abilities. The last time the child hears it from you and loved ones, the less likely they will continue. If that is not possible, try to avoid having your child around them. Hire a sitter or close friend to watch over them while you are at loved ones home. Perhaps send them to their room for a while if they come over and use profanity often.

Figure out where they heard the word

It is always best to find the root of any problem. Try to figure out from your child where they may have heard the f word. Perhaps they heard it at school, or one of the neighbors say it. It could have been even television. It is best to sit down with the child and talk to them. Do not come off as intimidating to them. Speak clearly and calmly toward them and ask them where they heard the word.

If the child is too young to give a proper answer, retrace steps. It can be hard for several reasons. The child could have known the word for a while and could be the first they said it. Do your best to critically thinking and think of the best sources they might have heard it. Think of time if the child was separated from you at any point. Maybe a friend or family member was watching them and said the word. Find the source of the problem and properly confront it. If it is television, make sure it is kid-friendly when a child is present. If it is a friend or family, tell them about the issue and make it, so they censor themselves.

Tell them not to say the F word

There is a chance the child does not know the meaning behind the word. They could be saying a bad word because it is new and sounds fun. Still, let them know that it is a “bad word” for them to say. Tell them “no” and “stop it,” do it firmly but try to go easy on them. Try not to punish the child and be patient with them. Your child may think it is a game, the more upset you are. Be firm with them in a way they can understand—both with your words and with facial expression. Use hand gestures as well to let them know not to say it again. Try not to smile or laugh; such a thing could encourage the child.

Try to do positive reinforcement

Try to teach the child not to say the word for a reward. It could be you playing with them or giving them a sugary treat. Again, try not to punish the child harshly for it. If they say it, try to ignore them or be firm with them. When they figure out not to say the word, give them affection. Eventually, the child will catch on to know what they are doing is unacceptable. Completely change your experience from firm to nice if they change their language or expression. Be sure to check their expression to see if they understand what is happening.

1 thought on “Toddler Said the F Word? When to Worry”