Help! I Think My Toddler Is Holding Her Poop In. 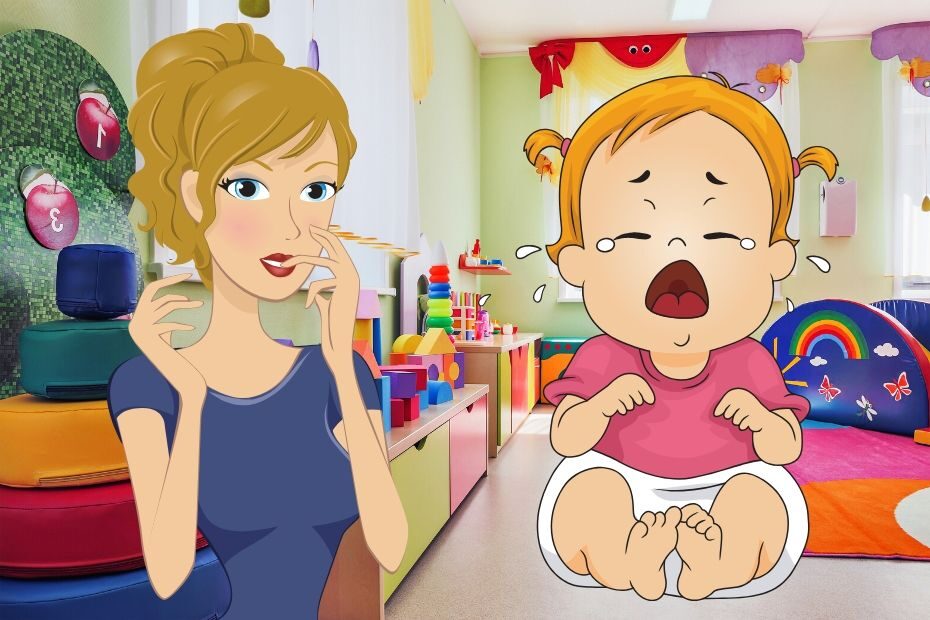 Every toddler has their work cut out for them from day one. Around every corner is another task to be mastered. Think About it. Their ‘to-do list’ looks more like a novel the size of War and Peace than it does a list.

So after a hard day of coloring in the lines and listening to the catchy tune of the ABC’s the last item on the list might just get skipped. And as luck would have it, mom has decided to add ‘pooping in the potty’ to the list. What’s a girl to do?

Learning is your toddler’s primary function. Everything has to be learned. Everything. It’s got to be tough to be a kid. But what if said kid is adding to the frustration?

It’s hard to teach them proper ‘potty procedures’ when they are purposely holding their poop. Say it five times fast.

If you have one of these toddlers, then let’s try to get you answers as to why your toddler is holding her poop in. And possibly, what you can do about it.

I did not make it up. Stool refusal is an actual term. It means…well, you know. Potty training for both urination and defecation, for the most part, will happen at about the same time.

At first, your toddler may be ‘all in’ when the whole potty training procedure starts. But as we all know, a toddler’s attention span is very small. They can’t be away from their playing routine for very long. And pooping sometimes requires a bit of time. What? You want your toddler not only to sit but sit and wait? No way.

If a toddler just isn’t into pooping on command, so to speak, they may learn how to make the urge pass. We have all had to do it at one time or another. Sometimes you have to wait until you can stop the car and find a restroom. By the time you finally get to the restroom, the urge has passed.

Toddlers who just can’t get behind the idea of potty pooping will soon learn how to make it go away. The urge passing may indicate they are developing bowel control, or they are terrified of the toilet. Let’s take a look at those issues.

Is Your Toddler Scared of the Toilet

Toilets are loud, and to a toddler can be very scary. Where does the poop go? And what would happen if the toilet sucked me in while I was sitting on it? These are very common issues with toddlers.

To complicate it even further, what if your child is frightened of the drain? The water going down the bathtub drain is also a curious item for a child. Explain it so they can understand.

If you have a basement, take them to it. Show them all of the pipes running from the tub and toilet. Try telling them, in the case of the toilet, “all the poop goes into these pipes where they have a poop party!”

The next time you are having difficulties with them, pooping say something like, “now go ahead and poop so your poop can go to the poop party!” Everybody likes parties, right?

If you still can’t get them to poop anywhere, but their diaper tries this. “AW, your poop is sad because they don’t get to go to the poop party!”

Is the Parent Part of the Problem?

Now I am not saying any parent is bad. Just be careful what you say to your toddler during the poop session.

We all know pooping can be a real mess. And the smell isn’t too pleasant either. If you are put off by the mess and the smell, don’t pass it along to your little one. Don’t let them hear you say, “gosh, you stink!” or “why do you make such a mess?”

These are bad signals to be giving to a child. It makes them think they shouldn’t bother you, or they burden you. So they go in their diaper or their pants.

You need to learn how to deal with it because no matter what you try, they won’t stop pooping.

Perhaps your toddler just wants some extra attention. The kind of attention they get from them being cleaned up by you. You may experience such a situation, especially if you have a newborn or younger child.

Your toddler sees the baby being tended to and wants the same for herself. And who blames her? After all, she was here first!

A boy may jump at the chance to pee standing up just like dad. He’s a big boy now! But he still poops his pants because when he does, mom pays attention to him. Maybe dad can play to his son’s ego here.

In either case, try giving in to their demands. Not really. Just tell them if they want to act like a baby, you will treat them like one. And then make good on the promise. They will soon get the idea.

So if you do have a toddler who is purposely holding in their poop, just let nature take its course! By golly, it has to come out sooner or later!

And applying your love and affection doesn’t hurt a bit either!

previousWhy Does My Toddler Moan in His Sleep?
nextCan I Give My Baby Lactaid?

1 thought on “Help! I Think My Toddler Is Holding Her Poop In.”