Help! Something Is Wrong With My Baby! 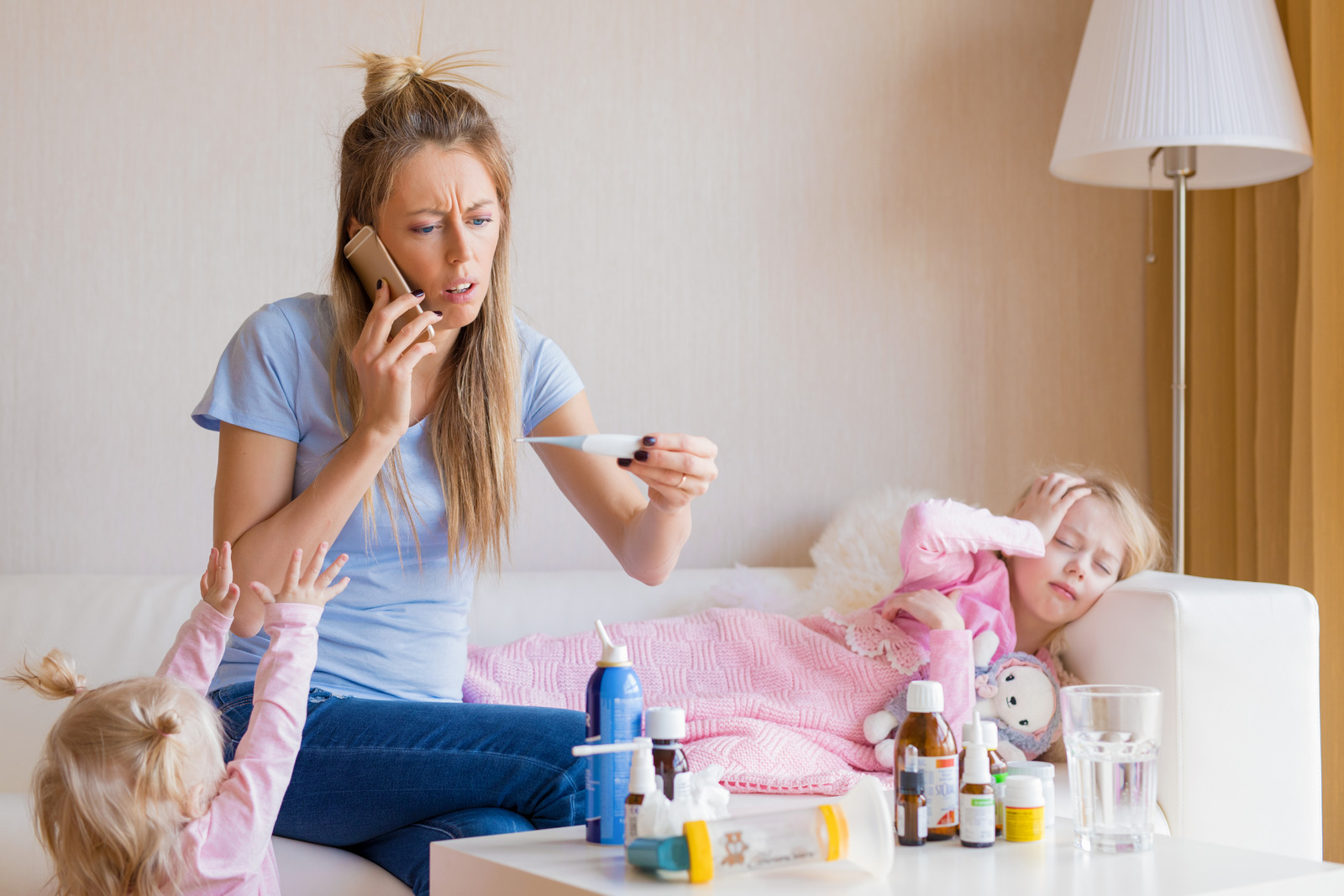 Is something wrong with my baby?

As a parent, you’ve become accustomed to the cries of your child. You know when they are hungry, when they need their diaper changed, and when it’s time to snuggle. However, there are times as a parent when you want to throw your hands up and cry right along with them. When something is wrong with baby, it can take some investigative work to figure it out. You don’t have all the answers as it’s impossible to know everything. Sometimes, their cries are a signal that there is an underlying issue that requires immediate medical attention. Here are health-related issues that can plaque a newborn and cause them great distress.

A virus attacks the immune system causing hands-foot-and-mouth. This condition causes painful sores to appear in and around the mouth. It’s not uncommon to see blisters on the butt cheeks, legs, feet, hands, and trunk. Thankfully, this condition looks worse than it is.

You will most commonly see this problem in children under ten years of age. Keep in mind that if you have an older child that contracts this illness that it’s highly contagious. You may be upset because something is wrong with baby, but it will pass quickly.

While the hand-foot-and-mouth disease is not serious, RSV can be deadly. Caused by a virus in the upper respiratory system, RSV is serious because it causes problems with breathing. It’s typically found in children under the age of two, but it affects those who have a compromised immune system, or those that were born prematurely more harshly.

RSV is highly contagious, so you should not take your child out around other babies while they are sick. About two out of 100 children with this condition will require hospitalization. It’s the same virus that causes the common cold in other children, but in a baby, it’s a whole different ballgame. The virus takes one or two weeks to run its course. You should call the doctor if you are concerned that something is wrong with baby and they have been crying, have a runny nose, low-grade fever, and problems breathing.

Scarlet fever was once a very dangerous condition that often-caused death in many infants. Thankfully, today, it can easily be treated. The bacterial based disease is caused by the same virus that gives strep throat. Its hallmark is a fever that presents with a bright red rash on the hands, arms, face, and trunk area. It’s often called scarlatina too.

When a child contracts the beta-hemolytic Streptococcus germ, and the strep throat isn’t promptly treated, then they can develop scarlet fever. It requires antibiotics to help clear up this infection as it’s bacterial based. The rash looks worse than it feels. There is usually no itching or discomfort with it and doesn’t need cream. It clears up with the antibiotics too. If something is wrong with baby and they are covered in a rash, then you should get medical attention.

It’s essential that you make sure your child doesn’t put other children’s toys or bottles in their mouth. Impetigo is one of the most contagious conditions for an infant. It’s caused by either strep or staph infections that are inside the body and attach themselves to the object they touch. As soon as your child puts the contaminated object in their mouth, the virus transfers.

You can tell if your child has impetigo because they will get blisters all around their mouth. They look like small cold sores. Though they are painful, they are not harmful. This condition is very contagious, and even adults can catch it too. When something is wrong with baby, and they have blisters around their mouth, it’s probably from impetigo. Both oral and topical antibiotics can treat this condition with ease.

When the blood vessels throughout the body become seriously inflamed, then a child is diagnosed with Kawasaki Disease. Though it’s not a contagious condition, it’s very serious in nature. Sometimes, the vessels around the heart are involved, and the illness can become life-threatening. You will most likely see this disease in children under the age of five, but infants are at a higher risk due to their week immune systems.

You may think something is wrong with baby when they have a bright red tongue, a rash that covers their hands and feet, and a fever that won’t go away. Expect the symptoms to last about five to seven days on average. However, if there are complications, then a child can fight this illness for an extended period.

Whooping cough is a horrible condition. The nagging cough can affect people of all ages, but it seems more serious when an infant is affected. The scientific name is Pertussis, and early treatment is the goal. A child that is treated early will have a better chance of getting over it quickly.

You can notice the distinct cough by the ‘whooping” sound that it makes. Getting a vaccination by the age of two can provide immunity from this once fatal condition. Antibiotics can help to lessen the symptoms and bring relief. If you hear your child coughing and making weird noises, then something is wrong with baby that requires medical intervention.

Though it’s not a medical emergency, it’s possible to see the signs of Autism in an infant. Your parental instincts will kick into high gear if you see your child flapping their arms, staring at lights, fixating on objects, little to no crying, not babbling or speaking by the age of two, missing milestones, and they don’t want to engage with the parent.

Some parents with autistic children had stated that they knew something was wrong with baby when they didn’t want to be held. They felt like the very touch to their child was causing them pain. Though an infant won’t get a diagnosis at such a young age, it’s essential to keep a journal of anything out of the ordinary. Your pediatrician will use your notes and further testing to help make a diagnosis.

Eczema is not a serious condition, but it’s one that requires regimented treatments. Numerous creams can help to nourish the dry and flaky skin. Cradle cap is not a form of eczema, and it goes away. You will usually see this flaky skin on the sides of the arms, legs, and feet. Unfortunately, infants who fight with this condition often have a lifelong battle with these skin conditions. It’s sometimes called chicken or goose flesh too.

Babies have beautiful skin. Their skin is often a rosy shade with a hint of pink. However, when they are born, they are still developing. It’s not uncommon for them to have a circulation problem that causes the skin to have a bluish color.

Your first instinct will be to think something is wrong with baby that needs immediate medical attention; however, it’s nothing that needs medically evaluated if it goes back to a rosy hue. If your child shows signs of labored breathing or other symptoms that may indicate something serious in nature, then take them to the emergency room.

Some children are born with a full head of hair, and others don’t get a single hair until they are a toddler. There is no rhyme or reason for why one is blessed with luscious locks, and the other child is bald as an onion. However, you may think something is wrong with baby if they are born with ample hair, and it begins to fall out. Rest assured; this is quite normal in an infant.

An infant is always lying down or sitting against something that supports their head most of the time. The constant friction causes the hair to fall out. Although it appears that something is wrong with baby and their hair, it’s nothing to worry about. The hair will grow back once they get out of the stage where they are laying continuously.

When To Get help When Something Is Wrong With Baby?

As a parent, when something is wrong with baby, you want to get help. However, you will rack up big doctor bills if you run to the hospital every time something is amiss. Use your intuition and skills to see if it’s something that is an emergency. Things like eczema and hand-foot-and-mouth disease seem serious, but these are things that they can get over without medical intervention.

When it comes to fevers, rashes, and behaving in a way that is not typical for them, then it’s time to get an expert opinion to make sure they are okay. Some infant problems are severe and can be a matter of life and death if not treated.