Pros & Cons of Having a Sex Life While Breastfeeding 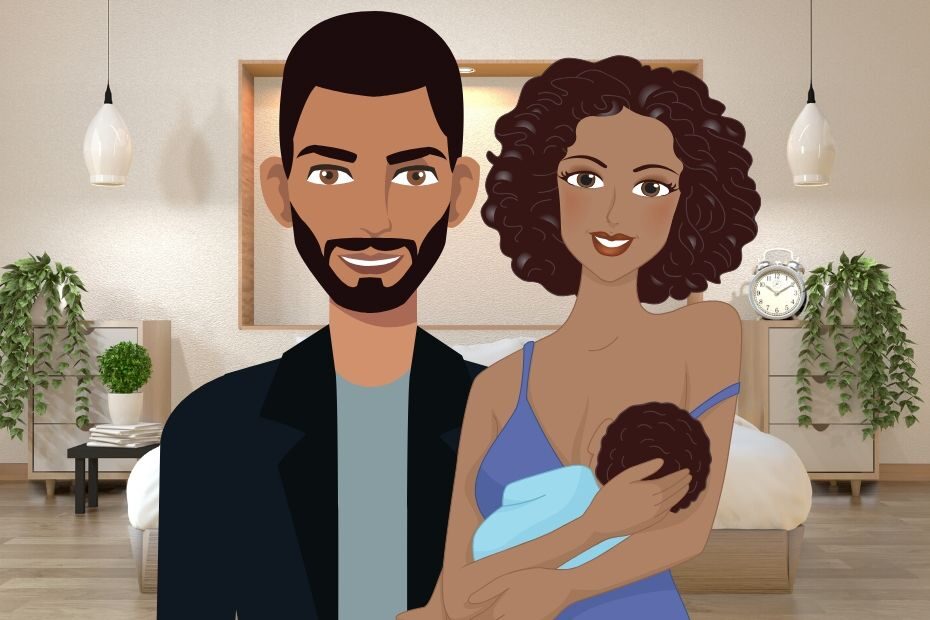 Now, some of you are going to start thinking, “Wait! Do you mean the couple is having sex while the woman is breastfeeding the baby?” Let me set the record straight. We are not talking about engaging in breastfeeding during sex. You are going to have a lot of men who get turned off by the concept.

After the first few months, women usually decide whether they want to give their baby milk or use their bodies. Now, as you well know, some couples like to get back to having some fun in the bedroom despite having a new baby in the house. There is nothing wrong with the idea, either.

The question does get raised whether or not couples should refrain from having sex until after the breastfeeding is over or just go ahead.

Below we have some pros and cons for each side. We leave it up to the reader to decide which side of the fence they choose to sit on.

Pros of Having a Sex Life While Breastfeeding:

Studies do show a positive side effect on breastfeeding. It reduces stress and reduces the chances of having postpartum depression later. It helps women connect with their children. Some studies have also indicated those women also draw a more positive and emotional experience with sex because of breastfeeding.

Some women feel closed off after having a baby. The act of breastfeeding allows women to feel more open with their bodies, which is an encouraging idea for when they want to have sex with their partner.

Some couples just want to have one kid, but they still want to have fun in the bedroom. Breastfeeding reduces the chances of women getting pregnant again right away. This fact can be good if you do not want to have more kids.

Breastfeeding stops the hormone responsible for ovulation. It is hard for women to get pregnant when it happens. However, stopping the hormone responsible for ovulation is not enough. You still have to have condoms available or some other form of birth control. Killing two birds with one stone will stop your partner from getting pregnant. The idea of not getting pregnant again is enough to turn anyone on. That way, you can have fun in the bedroom the way you used to without worrying whether you will find yourself in a difficult position again.

Did you know breastfeeding helps to reform the uterus? The uterus can return to its former size, which is good news for a lot of women and men. Breastfeeding also helps women to return to their normal body size pre-pregnancy much faster.

Going back to your pre-pregnancy body is bound to turn your partner on. You and your partner can hopefully think about sex the way you used to. Your partner is not going to feel as self-conscious of their body. She will be free to experiment the way you used to without feeling overwhelmed. This information can be found in studies online. Results might vary for different women, but the overall effect is still the same.

Cons of Having Sex While Breastfeeding:

This con varies from person to person. Some of you might feel less sexual after having a baby and who are currently breastfeeding. Some couples go back to their normal sexual antics right away. Others do not. Some women feel less sexual. It might be a potential negative side effect.

The other issue is the lack of estrogen in the genitals. Some women feel sore if they attempt sex for the first time after pregnancy and during breastfeeding. Some couples might have to wait a bit before they attempt to swing from the chandeliers or any other sexual parlor game of their choosing.

Those who have partners who have issues with this should not force anything. Wait until the sensations return and then attempt it.

This is a continuation of the topic above. Any kind of birth control used after pregnancy has to be for the man. Women cannot use any hormonal birth control, including the pill. Women must use an alternative method if they want sex. Otherwise, you might end up with another baby in the house, which has its own set of pros and cons.

Remember the days of sexual freedom. You used to experiment with every position or time of day. Some of those days might be gone, at least for a little bit.

Breastfeeding requires a schedule of sorts. The days of grabbing each other for a quickie before the company comes might have to wait. The days of sex in the bathroom, while you have a table full of people waiting in the living room, are going to have to wait too. Your schedule is going to revolve around breastfeeding and taking care of the newborn.

This is a con for couples who have a high sex drive. We call this hypersexual. Your hypersexual activity is going to have to take a backseat for a bit, especially if your partner is in the living room breastfeeding. We know that turns some guys on, but you will have to keep it in your pants until the right time.

This brings us to the topic of breastfeeding in public. Some women feel uncomfortable doing it. Others do not care what people think. Either way, there is a lot of controversy on the news about it.

Women breastfeeding in public is already getting a lot of backlash for it, though it is a completely normal thing. Save the sexual antics for when you get home. People are already upset over the breastfeeding thing. You do not want to see what they do if you try to have sex in public during this time.