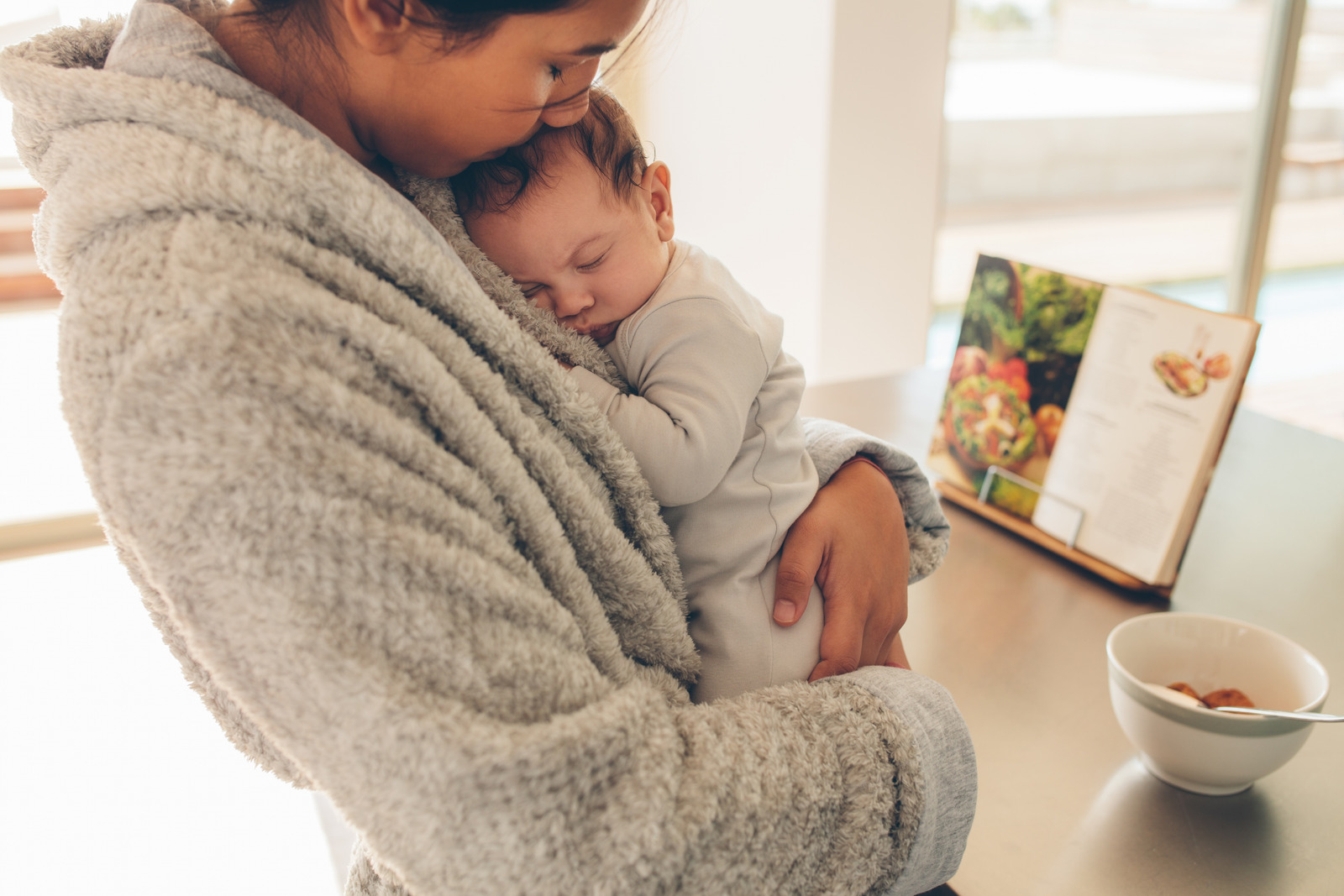 Is sleep training good or bad?

Why is sleep training harmful? Sleep is a basic, natural biological function that all human bodies must-have for survival, and infants and toddlers are no exception. Parents may wonder just how natural sleep is to infants as they attempt to get their baby on a routine sleep schedule, and most don’t think of sleep being harmful? So, how could sleep training be bad?

Sleep training is far from natural when it comes to ways to help facilitate a baby learning how, when, and where to sleep. The traditional practice of sleep training, which usually involves the cry-it-out technique, can actually be quite counterproductive and even harmful.

In the last decade, it’s re-emerged in mom groups and blogs across the internet as the new “natural” way to get a baby on a routine sleep schedule. Thankfully, astute parents are asking one vital question before jumping in with both eyes shut: Is sleep training dangerous? It’s a valid question with a very alarming answer.

On the surface, sleep training seems benign enough. It’s premise is letting a baby figure out sleep on their own. The theory being they’ll learn to naturally self-soothe and fall into a natural sleep pattern. So, why is sleep training harmful? There’s nothing natural about it. In fact, it’s one of the most unnatural things a parent can make their child endure.

The first flaw in the logic of sleep training is assuming a sleepless baby doesn’t want to sleep. They do. Their bodies demand they sleep. Their circadian rhythm just hasn’t adapted yet, and, as well-intentioned as our efforts are as parents, we often interfere with the natural development thereof by doing too much for too long. Yet, the logical answer is never to do nothing. The do nothing approach makes sleep training dangerous.

An example of doing too much for too long would be rocking a baby. Such soothing techniques have been shown highly effective at calming a baby’s overactive nervous system, which all babies have in the first few months of life. As infants age, they begin to develop the motor skills and knowhow to initiate their own soothing techniques, such as:

So, while babies need room to explore their own natural sleep habits, what makes the logic behind sleep training dangerous is in assuming trial and error and learning curves equate to not wanting to sleep and needing training. It doesn’t. It simply means that learning sleep, like anything, may take some children more time and effort than others.

Another flaw is in the forced aspect of sleep. Sleep training is bad logic because it involves forcing a child to sleep when parents think the baby should verses as their body demands it. We are all designed as must-sleep creatures on our own. There’s no intervention or learning needed when it comes to the need for sleep. What babies do learn are sleep habits, and those develop alongside the circadian system. This can’t be forced or rushed.

Adults understand the importance of sleep rituals and habits. There are consequences, such as fatigue and lack of productivity, that motivate our understanding and compliance.

Infants and children lack such understanding of cause and effect, and that’s a huge reason why sleep training is bad logic. As the child cries, they have no idea why they’ve been abandoned or why their nurturer isn’t responding to their built-in primitive calls for help.

Instead of sleep times and places becoming an association with relaxation for the child to indeed self-soothe, these become red flags that they’re about to endure something very mentally unpleasant before physically exhausting themselves into sleep.

Parents will find a plethora of “experts” with various opinions on whether or not sleep training is bad. It’s ultimately a decision that parents must make for themselves since there’s no standard answer amongst the scientific and medical community.

The most important thing any parent can do is to understand the rationale behind why sleep training is harmful from a scientific perspective and apply their common sense judgment to it. Knowing the cons of sleep training allows parents to make the most informed decision possible, which will always be the safest route for both parent and child.

What Are The Cons Of Sleep Training?

Aside from the flaws in the logic mentioned above, the cons of sleep training derive from it being incongruent with how a child’s brain develops.

It’s a proven fact that babies mentally grow from human physical contact with their caregivers. A hormone that facilitates normal growth is called the nerve growth factor, and its growth is promoted by touch. Without this frequent touch, DNA synthesis ceases, growth hormones decline, and the baby physiologically goes into survival mode.

Growth is also impacted by distress. Sleep training is bad because most any methodology involves stressing the child by allowing them to cry without parental intervention. It’s a known fact that neural connections are destroyed during hard, prolonged crying as the stress response system injures the still fragile synapses in the still-developing brain.

Full-term baby brains are only 25% developed. During distress, a hormone called cortisol is released. Too much cortisol in the body kills off neurons in the developing brain, which can have innumerable intellectual and behavioral consequences throughout the child’s life.

Stress overloads also suppress the cell divisions that help with brain myelin activation during growth and developmental phases of the child’s life.

In a nutshell, the crying involved with sleep training can cause developmental delays. Sleep training is harmful to a child’s mental and physical well-being and growth.

Again, no matter how it’s enacted, sleep training is bad when it comes to distressing a baby. The stress impacts the vagus nerve, which is responsible for multiple systems within the body. One such system is the gastrointestinal system. Studies have shown that cry-it-out infants commonly suffer from irritable bowel syndrome due to poorly functioning vagus nerves later in life.

Today, however, research has proven this to be faulty advice. Behaviorists have found that attempting independence too soon, in teaching a child they don’t get soothed, fed, or other needs met upon demand, creates children more prone to behavioral issues later. After all, they’ve been conditioned that the only possible way to get any results, even if self-induced, is to scream louder, harder, and longer.

In a nutshell, parents using sleep training may be setting children up to exhibit unwanted behaviors later, including being:

4. Trust From Child To Caregiver Is Undermined

Small children rely upon adults for all their basic needs, and, as such, this is a crucial time for establishing the bond of trust between caregiver and child and also between the child and his/her world.

Sleep training is dangerous because it prevents this trust from fully forming. Responsive care is holding an afraid child before they become distressed just as much as it is feeding a hungry child before he/she becomes starved. In doing so, the baby establishes expectations and builds a trust that needs can and will be met.

At first, the inability to self-care means that expectation is on parental action, but the child eventually transitions to self-soothing. They pick up the bottle to feed themselves just as they will comfort themselves into sleep.

With sleep training, however, children don’t learn this trust in their needs being met by parents and eventually themselves. Instead, as they’re left to cry-it-out, they simply shutdown in the face of distress. They don’t get the opportunity to build trusting, positive, and supportive relationships that will be a foundation for how they approach the world as a whole.

5. Lack Of Caregiver Sensitivity And Responsiveness

Another one of the sleep training cons is that it desensitizes caregivers to the needs of the child. By just engaging in the cry-it-out method, caregivers are learning to ignore a baby’s only means of communication – crying. The result is often parents:

Clearly, none of these are healthy. When it comes down to it, sleep training is bad because it asks a parent to go against those basic maternal instincts to comfort, love, and protect their child. And, asking any parent to do that, is asking for a disaster in the making.

6. It’s Confusing For The Child

Sleep training is harmful because it confuses the child over the long-term. While, most babies that cry-it-out will eventually stop expecting the attention, help, and comfort they crave for a short period of time, childhood is a time of milestone after milestone and life just doesn’t cease because a child enters the picture.

They’ll teeth. They’ll get sick. The family will go on vacation. Such events most likely disturb normal sleep hours, location, and routine, meaning the entire sleep training begins again once things go back to normal. This constant need to reboot is one of the most daunting sleep training cons for the parent, but it also creates confusion for the child who doesn’t understand why they must self-soothe here and not there.

In closing, the answer to why sleep training is harmful is abundantly obvious. Will it work successfully for some? Yes. But the long-term impacts of sleep training cons are still being explored. Science still has much to research on how these children’s lives are affected as adults following sleep training.