How to Help a Baby Crawl 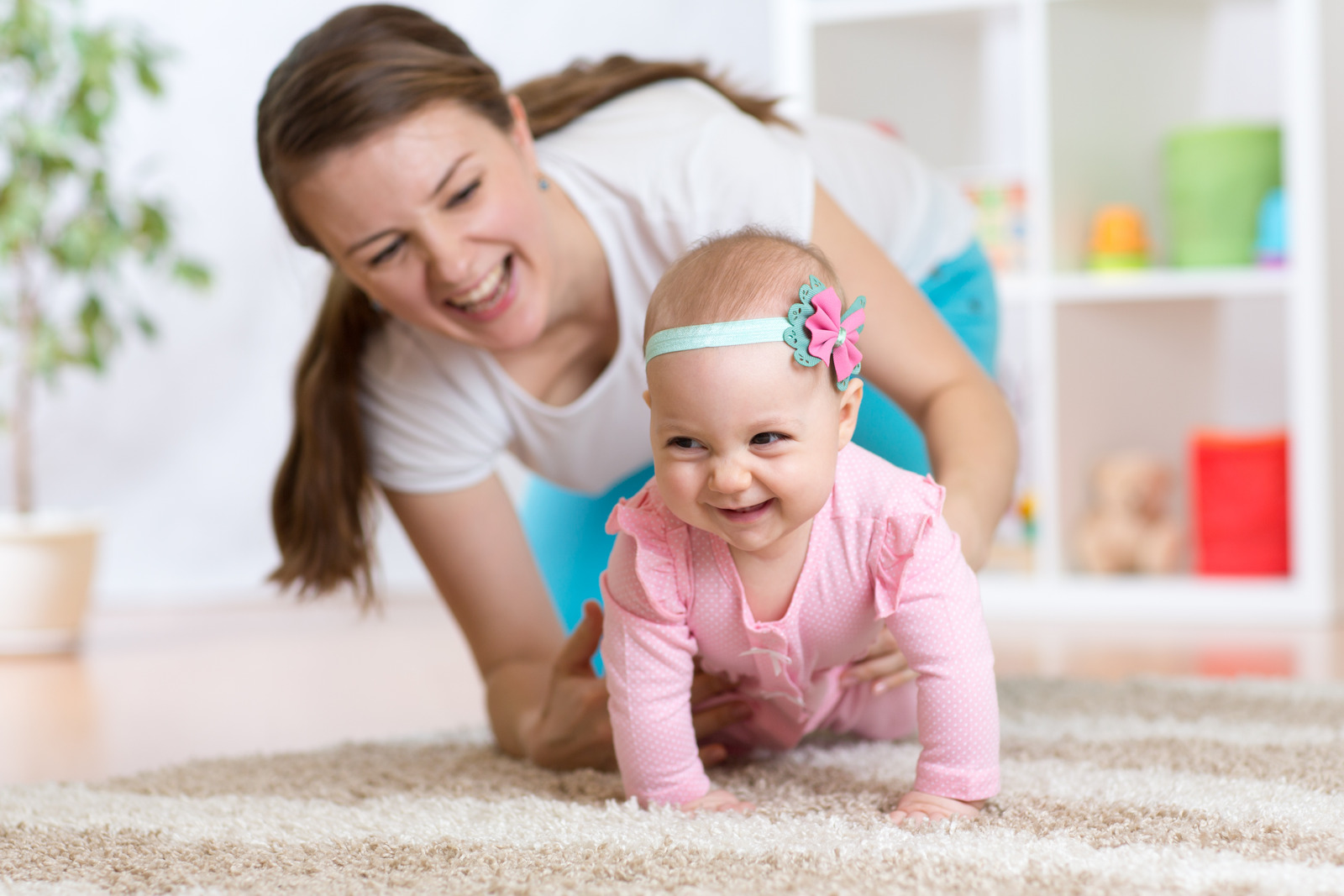 How to Help Your Baby Crawl

Crawling is a much more intricate process than people realize. That future crawler of yours has a long road ahead to get to the stage where they’re a fluent crawler. Crawling is one of the ways your baby is going to advance into the world of their future and finally be able to move on their own. Up to the time they crawl, babies are parent-bound. If they want to get anywhere, it’s you who’s going to have to take them. They’re going to become mobile by crawling before they become mobile by walking, so crawling is the natural gateway to that all important first step.

The window for crawling is generally 6-10 months of age, although some babies will crawl earlier and some will crawl later. To help your baby crawl, you’ll want to first make sure that your home is baby-proof. In other words, if your baby started to crawl tomorrow, are they going to be safe in every area of the house? Right when you notice that first sign that your baby is attempting to crawl – often an adorable action where they scoot backwards – you’ll want to make your home a safe place for your baby to explore. If you believe your baby is just about ready to take that crawl forward, you can help baby crawl in a lot of different ways.

How To Help Your Baby Crawl

It takes a lot of muscle development and strength for babies to crawl. They need massive amounts of strength in their torso (trunk, arms, shoulders, and back) in order to crawl, so anything that promotes strength in this region is going to promote a stronger crawler. Belly time is the way to develop the muscle strength your baby will need, so giving your older baby a lot of time on the stomach is going to help your baby crawl later on. Babies are naturals on their bellies and will eventually begin to squirm and wiggle and engage in a sort of play here, and you’ll notice this well before they begin to crawl.

When your baby begins getting on all fours, and they will, you can put your hand behind their feet to give them a sort of platform to crawl off of. It can give them the momentum they need to begin to take that all important first crawl forward. Just doing this alone help your baby crawl any sooner, but it can really help to promote the strength they need to finally push forward. Crawling is much about strength. Chances are your baby already has the will to crawl, just not the strength, so if they’re not crawling yet, belly time and engaging in this hand-behind-feet method while they’re on all fours is a good strengthening exercise.

What makes adults want to go forward? Well, sometimes adults go forward toward something because it’s interesting to them. For example, if you put a free soda on a counter and an adult who loves soda spots it, they’ll walk in that general direction. The same principle applies to your crawler. Putting fascinating toys or objects in front of them can sometimes inspire them to take that first crawl forward. Make sure that they spot the object and understand that it’s within their reach if they just crawl forward. Sometimes babies will first crawl toward a toy a parent or family member has placed in front of them just because the strength was developed in their torso, and the toy gave them something awesome to crawl forward to.

Why You Want To Help Baby Crawl

Crawling is one of the milestones of babies. It’s a big deal. Since it requires so much coordination and muscle strength, it’s a natural wonder that any child ever crawls, and it never ceases to be fascinating when another baby takes that first crawl. When it’s your own child, though, it’s something really special, so it’s natural for parents to look forward to the day that their baby crawls. It serves another purpose, too. When you can help baby crawl, it means less work for you. They’re not completely dependent on you anymore, and even though you’ll still need to supervise them for a long time, they’re going to be taking their first crawl toward independence. That means an extra coffee break or two for you while your little one crawls around and explores the world.

Many parents use devices that support their baby, such as high chairs and strollers. These miracle devices are of great help to parents and an essential part of your baby’s life, but sometimes they can delay muscle development if your baby spends to much time in them. To help your baby crawl, make sure that they get plenty of play time on their belly instead of just always putting them in that high chair or stroller. When they’re on their stomach, they’re developing muscle strength. When they’re in a high chair, they’re completely supported and no muscles are being exercised.

A final suggestion about helping your baby crawl is that you need to have a lot of patience in this area. Many parents will work with their children and try to get them to crawl early because, let’s just be honest, this is an awesome thing for a parent to see, and it’s a big moment in a baby’s life. No one blames you for being anxious to see your child happily move forward and reach that milestone. Don’t rush it, though. A baby’s muscles really need time to develop and some children will crawl later than others. It’s only when they pass that general time frame for crawling and still don’t seem to get it that you need to worry or speak to your pediatrician to see what the hold up is. Your little one will reach every milestone. Be willing to wait a bit.

As a parent, you have every right to look forward to the day your baby’s muscles are in crawling shape. And there’s nothing wrong with wanting to help your baby crawl. Let them use your hands to push themselves forward when they’re on all fours. Put toys in front of them sometimes and coax them forward. And by all means, give them that all-important belly time play to develop muscles so that they can crawl when they’re ready. Like most milestones, this one will come when you least expect it, and it’ll be a memorable moment for you and everyone who loves your baby.

No matter how much you try to help your baby crawl, though, it’s likely that they’re going to do it on their own time. Many parents do have success with some of the methods mentioned here, so it’s possible your baby will be one of the ones who does take that first crawl forward to reach a toy, but your baby is only going to do that when the physical development is there, and some babies develop slower than others. The important thing is to remember that there’s nothing wrong with your little one taking its sweet time to learn how to crawl. When you help baby crawl, you’re doing your job as a parent, but when you sit back and let the baby kind of find his or her own world, you’re being a patient parent. A patient parent is a good parent.