Baby Sleeping on Stomach? Is It Safe? 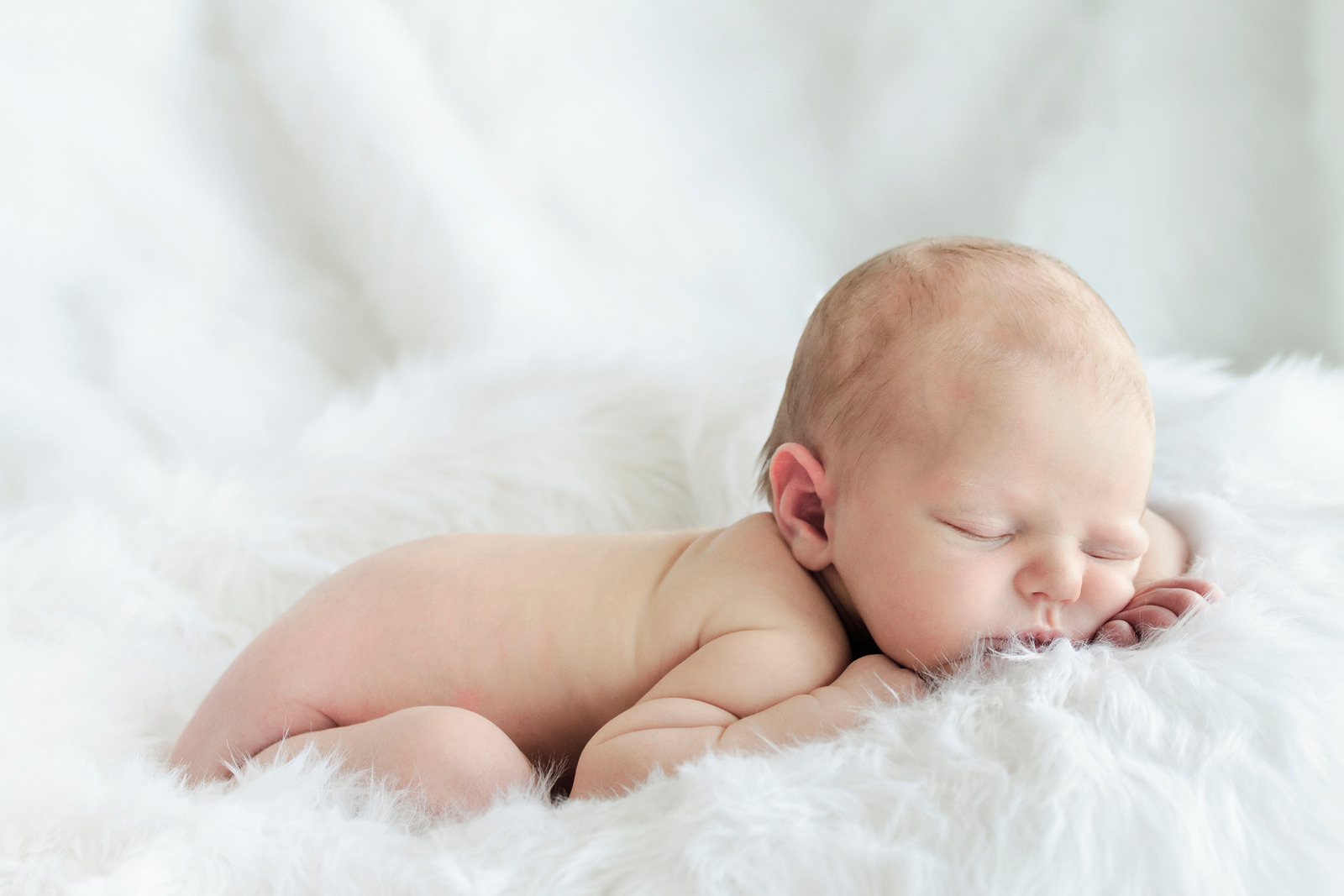 Is it safe for my baby to sleep on his stomach?

In 1992, the American Academy of Pediatrics began recommending not to encourage baby sleeping on the stomach because of the risk of Sudden Infant Death Syndrome. In 1994, the National Institutes of Health began a program to raise awareness of the need for babies to sleep on their backs from the time they are born until they have excellent head and trunk control.

Since the birth of these recommendations, the cases of SIDS have fallen to just over 1,500 cases in 2015 with many experts believing these numbers can fall even further with more knowledge of sleep and babies.

Sleeping on the stomach isn’t Good for babies.

The best position for a baby to sleep is on his/her back. The research completed by various academic institutions and national parenting organizations has all shown the benefit of placing a baby on their back to sleep.

The main reasons for not allowing baby sleeping on the stomach include the fact an infant placed on their stomach to sleep is not getting enough air to keep them healthy as they sleep. By placing a baby on their stomach, the parent is not taking the advice given by many respected medical professionals regarding the dangers of a baby sleeping on the stomach.

Similar advice has been provided for those who allow their baby to sleep on their side which can allow the individual baby the chance to roll onto their stomach. A baby sleeping on their side is at greater risk of Sudden Infant Death Syndrome which means the baby could join the more than 1,500 babies affected by SIDS each year. An average time for babies in their first year of life to sleep is between 12 and 16 hours per day including naps for older infants.

Most experts agree the best sleeping environment for a baby is a crib which is now equipped with any potential suffocation hazards such as soft toys or a bumper. The state of Maryland outlawed the sale of bumpers as long ago as 2011 with other states following as the number of babies suffocating in cribs fitted with bumpers has been on the rise. Bumpers are just one of the issues facing a parent of a newborn baby and infant which can also include the suffocation chances which come from the placing of soft toys in a crib with a sleeping baby.

New parents are often bombarded with images of the so-called perfect crib which will usually include a bed surrounded by a bumper which also includes a bed with a duvet or blanket covering the mattress. Alongside the problem of a baby sleeping on the stomach, a blanket can be just as dangerous with the baby standing a major chance of becoming entangled in the blanket as they move around in their sleep.

Over the course of sleep time, many parents will make the mistake of believing their child needs more warmth and will place a comforter or blanket on them which can cause major problems over the course of the sleep of the infant.

There are a number of options which you should know as a parent for keeping your baby safe as they sleep during either the day or night. The American Academy of Pediatrics has provided a set of guidelines which are designed to keep your baby safe and start with not allowing baby sleeping on the stomach.

Among the options usually recommended by parenting associations is the desire for a parent to share their room with a baby during the first six months to one year. This is usually seen as the most important period of time when the chances of Sudden Infant Death Syndrome are at their highest but the issue of sharing a bed should not even be raised.

For many, the idea of room sharing has been misunderstood as the need to share a bed with your infant. A parent is much larger than an infant and can roll over and suffocate their baby and bring about many problems. Another issue is the soft mattress most parents sleep on which increases the risk of the baby rolling onto their stomach and being affected by SIDS.

Other recommendations from parenting and medical groups include:

Back sleeping does not increase choking hazards

Like the majority of parents, you will always want what is best for you and your children throughout their lives. One of the most common misconceptions when it comes to a baby sleeping on the stomach is the thought they can choke on their own spittle in this position.

However, you can rest easy when you place your child on their back safe in the knowledge that your child has little to no chance of choking because of the natural gag reflex of human beings.

Babies shift positions as they age

One thing the majority of parents like yourself worry about is the problem of your baby growing older and flipping onto their stomach as they age. The good news is the question of a baby sleeping on the stomach only lasts as long as your infant is struggling to control their head and trunk.

Some infants develop the ability to flip from their back to their stomach as early as three months into their lives but this is usually a sign they are beginning to control their body in a more mature way.

By the time your baby has reached six months old you should rarely be concerned with the problem of your baby sleeping on the stomach. Most experts state a parent should initially place their infant on their back to start their nap or night’s sleep but this can quickly shift as the night progresses. Experts now state your job as a parent is to make sure your child does not begin their nap with the baby sleeping on the stomach and after that, you can get some rest yourself.

It is only natural for a parent to struggle to feel completely confident that your child is safe in their crib throughout their infancy. However, most experts now believe parents do not need to adjust the sleeping position of their child throughout the night when they are around six months old and older.

The issue of your baby sleeping on the stomach is a major factor with younger babies who should be adjusted through the night if they are shifting their position. In most cases, the position of your baby as they sleep should begin on their back and you can feel comfortable you have completed your job and your child will be safe throughout the night.

1 thought on “Baby Sleeping on Stomach? Is It Safe?”