Help! My Baby Hates When I Kiss Her. 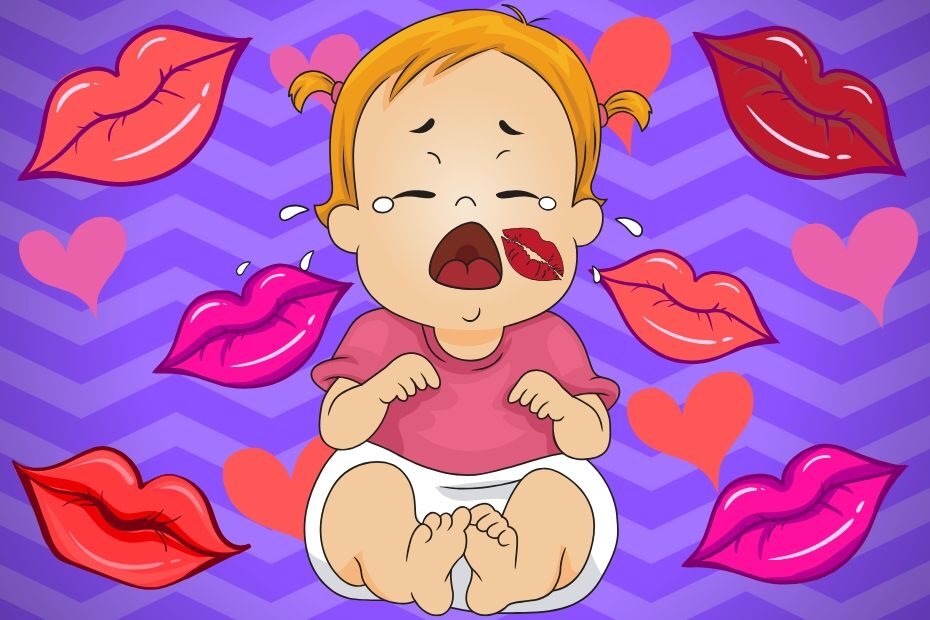 1. Toddlers are independent and opinionated

As toddlers approach two years old, they become more and more independent. It stands to reason they would start to have opinions about just about everything. The physical affection, which includes hugs and kisses are something that your toddler experiences every day, and just like bath time, bedtime, and meals, they will try to dictate when and how they want them.

2. Physical affection is about control

A toddler is just discovering they have some control over their lives. Instead of a red shirt, they want a blue shirt. Instead of a banana, they want an apple. The ability to make choices and to affect the world around them is important in their mental development. Choosing whether they want to give or receive kisses is just one more way that they can express this control.

Are you afraid your toddler might not like you as well as another caregiver because they don’t want kisses from you? Toddlers are learning to treat people differently around the age of two. It is not uncommon for them to decide that they want to accept kisses from one parent and not the other for no real rhyme or reason. Rest assured, this does not mean that your toddler doesn’t love you as much as the people that they will accept kisses from. At this age, kisses are mostly something that adults request rather than a meaningful demonstration of their affection.

Your toddler should be allowed to say “no” when their health and safety are not at risk. Your toddler not wanting to wear their seat belt is not an option because that is dangerous to their safety. If your toddler doesn’t want to kiss you, it is not going to hurt them (or you) to let them say “no.” Letting them say “no” to some things helps them to learn critical thinking skills.

A conversation that is becoming very important in parenting circles is the importance of teaching children the ideas of consent and bodily autonomy. A child as young as 18 months old can begin to learn the idea of consent. Bodily autonomy is important because a child should know it is okay for them to say “no,” and they can decide when they want to be touched and when they do not. Teaching bodily autonomy and consent will make the child less vulnerable to predators as they are more likely to speak out. Learning consent will eventually teach them to respect the wishes of others that do not want to be touched, which will help them to adapt to social situations as they grow up.

6. Their emotions are valid

A toddler is a person as much as an adult, and their emotions should be respected. Toddlers are less likely to meltdown and throw tantrums if their emotions are taken seriously. Some tantrums are unavoidable, of course, but allowing a toddler space when they are upset or overstimulated can do wonders for their mood. Toddlers are not always able to verbalize why they are feeling something or why they may not want to give a hug or a kiss. They might be mad about something that happened, or they might just be tired.

A toddler could decide that they don’t want to kiss grandpa because grandpa teased them, or they played a little too rough, or grandpa’s cologne is hurting their nose. Whatever the reason, the toddler doesn’t need to explain why they won’t want to kiss them, and it won’t do anyone any good to make them do it. It might upset grandpa when they don’t get their goodbye hug and kiss, but grandpa will be fine, and the child will likely have changed their mind by the next time they see him.

No two toddlers are the same. One toddler might be cuddly all through their childhood, and another might decide they don’t want hugs or kisses at all. While this is usually a phase, it is perfectly normal for a toddler not to want to be physically affectionate for months at a time. This is perfectly normal. It’s important to remember that it’s not just boys that can choose to be less affectionate, and it is just as normal for a little girl to have a non-affectionate type of personality. It is important to treat a girl or a boy the same way if they are going through a non-affectionate phase.

8. Adults should be the adult

Having your toddler reject your kisses and hugs can hurt your feelings. It might feel like they are rejecting your love, or they don’t need you anymore, but it is not true. They still love you just the same as they did before they entered the phase. As much as it might hurt the adult in the situation, they are still the adult. The adult is responsible for managing their feelings, whether disappointment or frustration or hurt, and not taking them out on the toddler. The phase will eventually end, and things will go back to normal and until it does… grin and bear it.

9. When to be concerned

A parent might want to be concerned if their toddler is suddenly rejecting physical affection, but for most children, the phase is perfectly normal. There is a point where you should consult your pediatrician, however. If your child continues to reject physical affection as they approach their third birthday or shows signs of sensory processing problems, then they might be showing signs of being on the autism spectrum or another sensory processing disorder. Symptoms to consider are issues with specific textures, poor eye contact, and speech delays. If you see these signs, then speak with your pediatrician.