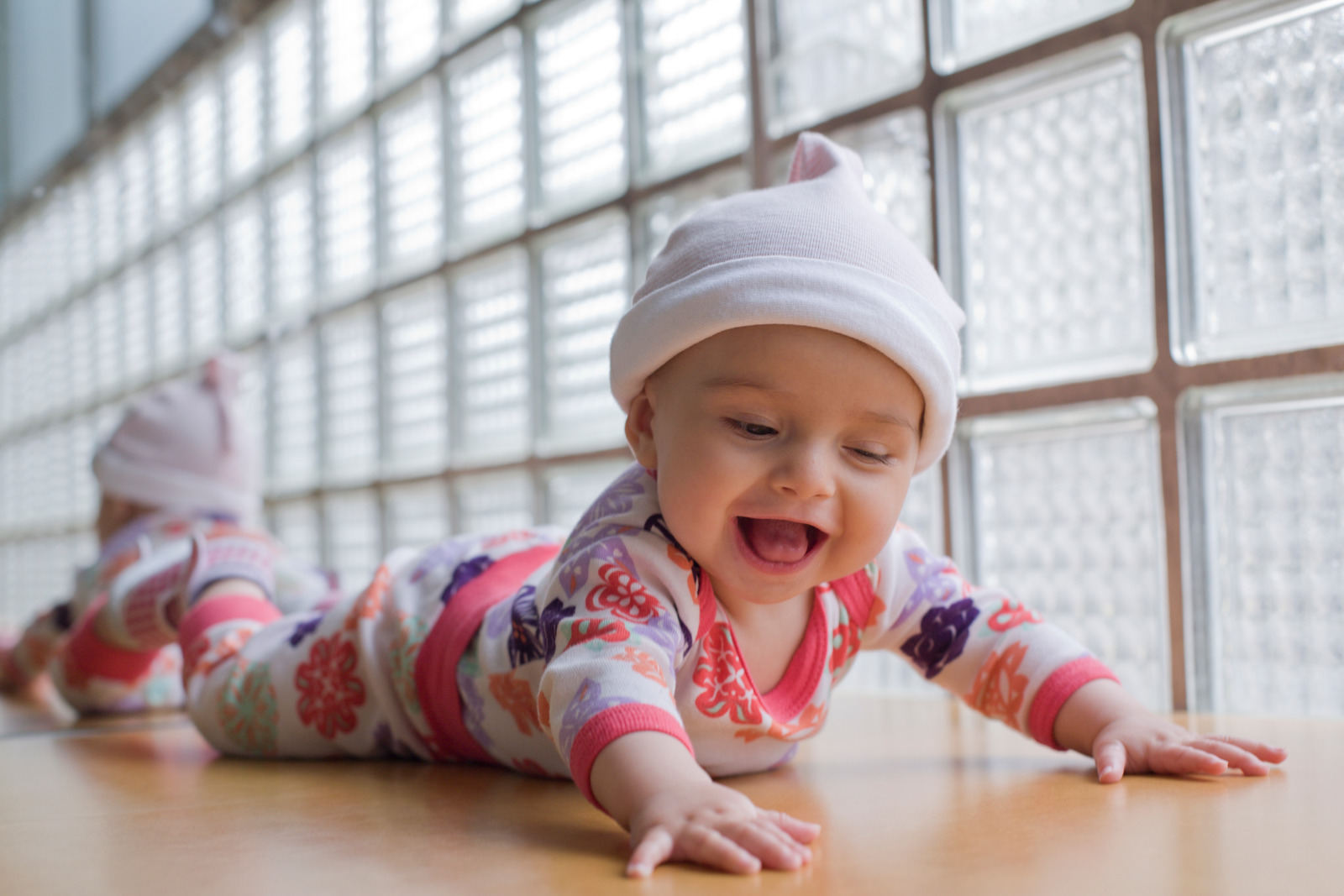 You’re entering almost your second month with your baby, but for now, let’s focus on those precious 7-week old baby milestones that you have to look forward to.

At 7 weeks, your baby is moving about more than they have previously and they’re starting to have their sense of sight and hearing fine-tuned. You’ll see small, but noticeable, physical development as well. Their eating habits may become a bit different, but so far it seems like this whole “growing baby” thing is slow.

Many of the 7 week old baby milestones you’ll experience have to do with physical movement.

That’s because a lot of their development at this age centers around the rapid physical growth that takes place during those first few months. Their little bodies are full of growing muscles and even coordination at this young age is taking place.

They’re getting better at this thing called life and you’re the lucky recipient who gets to see their accomplishments. Their memories aren’t the greatest right now.

A 7 week old baby already rings up a pretty noticeable list of things they’re taking on:

As if that’s not enough to look forward to, below are some of the 7 week old baby milestones you have to look forward to. Grab a camera and get ready to take a picture of these heartwarming moments for the whole family to appreciate.

If your baby hasn’t already cracked a smile by now, it’s very likely that smiling for the first time will be one of their 7 week old baby milestones. It could be a simple smile due to gas… or they may just bust out those gummy smiles for the heck of it! They’re not yet at the age where they can smile directly at you because of something they see in your face, but a 7-week old baby can certainly smile.

They may start batting at objects that are close enough for them to see and nothing is quite as precious (or memorable) as those first baby bats at a toy or a bottle.

It’s at this stage that mobile or other overhead toys are a terrific idea. It gets their little arms a terrific workout and helps them practice reaching out for objects and touching them. As this activity continues, they’ll develop the strong muscles they’ll need later on when they begin turning over and crawling.

For now, they’re not ready for that. They just like to bat away at things within their touch. They won’t be able to grab onto objects just yet, but the batting will be noticeable.

Reaching out and grabbing an object usually doesn’t happen at the 7-week old baby milestones marker, but one thing they may be able to do is to hold an object.

Your baby’s reach is going to be limited, and their vision is still developing, so they won’t hold objects a lot at this age, but they’re capable of it, and you can work with them to help them get better at this.

Your baby’s eyes will dart horizontally at 7 weeks old, and they will be able to track and object that’s right in front of their eyes.

Those adorable peepers are looking at all kinds of things at this age, and you can move objects from side to side and recognize that they’re following these objects with great interest.

As you do this more, their sense of sight continues to develop. Playtime should be getting more fun for both of you now. Since they can start to smile at this age, you’re going to have more than a few heartwarming, light moments with baby as you play this little game.

Your baby can participate in some very important tummy time at this age, as it’s an important part of what will later become an ability to crawl.

They’ll sometimes lift their heads up during this tummy time, and this is certainly something that should rank in those 7 week old baby milestones. This is an important precursor to crawling later on and it strengthens muscles.

Tummy time is a huge part of a parent’s goals at the 7-week stage and there are great tips you can use to make this more rewarding and productive for both baby and you.

Their muscles are developing through all of these little actions, and it’s all paying off for your baby, as they are moving closer to milestones they need to reach later on.

Many parents worry if their babies aren’t reaching some of these 7 week old baby milestones. Don’t feel alone if you’re concerned.

If they’re not reaching those markers for quite a while, it’s not a bad idea to talk to a pediatrician and make sure that nothing is wrong with your baby’s development.

Most of the time there won’t be a thing wrong and it’s just a case of your baby developing their 7-week old baby milestones a bit later than other babies. Once in a while, there might be something that your pediatrician needs to adjust.

As you and your baby get to know each other better, these little moments at 7 weeks will one day mean a great deal to you both. Capture as many pictures as you can, given that they won’t be able to remember any of this. Sharing these pictures on social media or with close friends will also be a blast. Your 7 week old baby milestones are small, but noticeable, steps in the right direction!