How Much Should a 6-Month-Old Weigh? 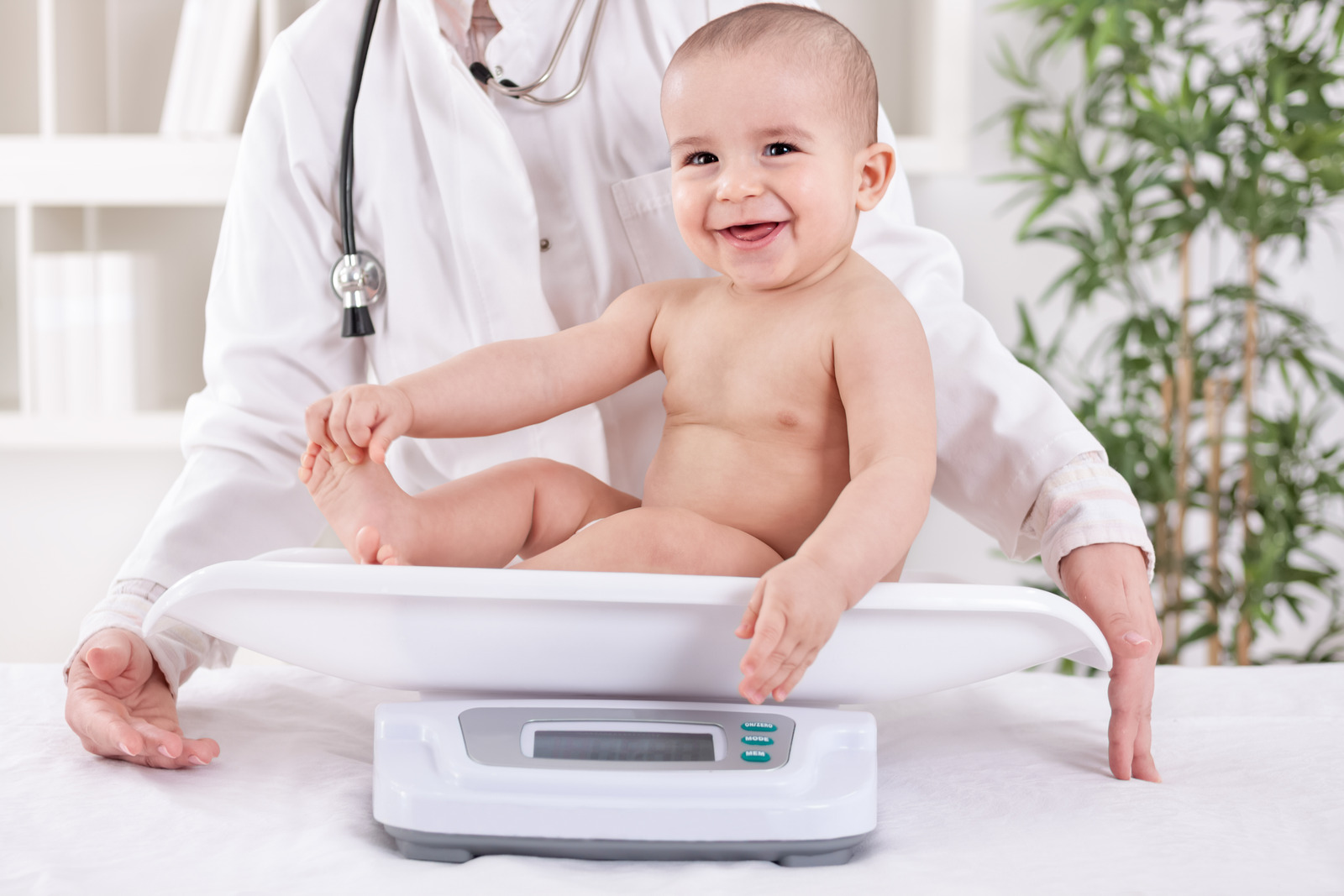 How Much Should a 6-Month-Old Weigh?

The average 6-month-old weighs 16.1 pounds (girls) or 17.5 pounds (boys). That’s right. The boys are usually a bit ahead of the girls in terms of weight at this point. It’s just the way it goes, so if you have a daughter, she’ll weigh on average a little over a pound less than your average 6-month-old boy. If your child seems to be heavier or lighter than this, your first instinct might be to worry. Most experts assure you that it’s normal for these averages to be different in some situations. For example, some people may have a higher metabolism than others, and that’s true even if the person is an infant.

Many parents might worry if their child is a couple of pounds over or underweight. Most of the time it’s nothing to worry about! Babies are in a constant state of change. They go through growth spurts and frequently put on weight rapidly. Babies can also lose weight if they have an illness (for example, thrush that might make them want to avoid food). In general, it’s only time to worry when your pediatrician says it’s time to worry. They will know best what is healthy for a baby. Some babies really do have larger frames than others and may weigh a bit more for their frame size. Other babies will have a smaller frame and weigh less, even if they’re eating healthy. How much a 6-month-old weighs is important and can be monitored by your doctor.

Is my 6-month-old obese?

In America at least, the concept of childhood obesity has worried a lot of parents. Obesity, on the whole, is unhealthy, so parents want to make sure that they don’t promote this kind of lifestyle during their baby’s childhood. That’s a noble cause, but generally, 6 months in is a tad too early to be concerned about this. There’s no such thing as obesity or BMI scales for 6-month-old babies. This is a time of enormous growth for your baby, so there are going to be a lot of weight changes, and they happen very quickly. At this age, drastic weight loss would be the more serious health concern to look out for because if your baby isn’t eating right or gaining weight like he or she should, then that would be a health concern.

Every parent has their own feeding schedule, and by 6 months old, your baby is probably going to have a good routine going with you. The average 6 month old will consume between 6 and 8 ounces of milk a day. Every parent has a different feeding schedule and every baby prefers to eat a little sooner or later, but on the whole a 6 month old will eat about every 4-5 hours. That’s a pretty steady stream of nourishment coming in. If you feed your 6 month old like clockwork and are concerned about their weight, there’s a norm you can look to. How much a 6-month-old weighs will generally depend on how much the baby eats and exercises (some babies are more active than others and metabolism is always different).

American Academy of Pediatrics experts want to remind parents that there’s almost no reason to ever worry about something like obesity in a 6-month-old. Even the chubbiest baby is likely to outgrow this condition as he or she grows. If the baby is less than 2, the folks at AAP want to remind parents to be patient. If there’s a weight issue, it’s your pediatrician who will address it with you during a visit. There can be times when a baby will be overweight, but it’s usually not a sign of concern. Weight loss, however, will definitely be something your pediatrician will want to address because it can be a sign of an illness.

Should I worry about my baby’s weight?

Just because the AAP says not to worry doesn’t mean that you won’t, of course. And if you’re dead set on making sure that your baby is a healthy weight, there are dietary and activity changes you can make to even things out. If you think your baby is more than how much a 6-month-old weighs, then you can double-check feeding times to make sure that you’re not over-feeding your little one. You can also encourage them to be a lot more active during the day, playing with them more and encouraging lots of movement (don’t overdo this tactic just before bedtime, though). Playing with a baby is one of life’s greatest joys, so thinking up fun ways to inspire movement will be a great bonding exercise for you and baby.

Focus on what your 6-month-old is eating

How much a 6-month-old weighs is less important than what they’re eating (unless, once again, it’s weight loss, because that’s a sign of illness). If your child seems to be on the opposite spectrum and is less than how much a 6-month-old weighs on average, it’s time to check in with a pediatrician and find out what could be causing the sudden weight loss or severely underweight state of your infant. With overweight babies, it’s more of a waiting game. There is no BMI for infants, and the truth is that even the chubbiest baby will likely grow up to be a normal weight. It’s not a sign of obesity to come. There may come a time when you need to be more concerned with weight, but 6-months-old is not the time.

Check How Much Your 6-Month-Old Weighs

Your pediatrician will likely see how much a 6-month-old weighs during every visit to the pediatrician’s office. Weight is something that all doctors like to keep check of because it can inevitably be the first sign that an illness is brewing. If your child loses a lot of weight all at once, or gains a lot of weight all at once, it’s just like with adults. Your pediatrician will want to know that and how much a 6-month-old weighs when they visit the office. They’ll keep track of that in your baby’s chart and let you know if they believe anything is wrong or you need to make dietary changes. Unless your pediatrician is concerned, you probably shouldn’t be either.

The moral of the story is that how much a 6-month-old weighs isn’t usually anything to be concerned about. Weight will fluctuate a lot during baby’s first year. First and foremost, at least in infants there’s no BMI and no real obesity measure to keep track of. Chunky babies are common in this world, and they’re going to slim down, most of the time, as time goes by, so don’t lose any sleep over it. Let your doctor keep track of how much a 6-month-old weighs and make sure that your baby is eating healthy.

A healthy diet is of paramount importance, though. Make sure that your 6-month-old is eating enough. If there is any change in appetite, let your pediatrician know during your next visit. And obviously a baby who refuses to eat or who is suddenly hungry at all hours of the day or night might set off alarm bells and let you know that you need to talk to the pediatrician about the issue. Any time a baby won’t eat, it could be a terrible sign. Overall, though it’s your primary concern to worry less about how much a 6-month-old weighs and more about the kinds of food that 6-month-old needs and how much exercise they are getting. When you give your 6-month-old foods that are healthy, you are being the terrific parent you are. That’s more important than how much a 6-month-old weighs.

1 thought on “How Much Should a 6-Month-Old Weigh?”