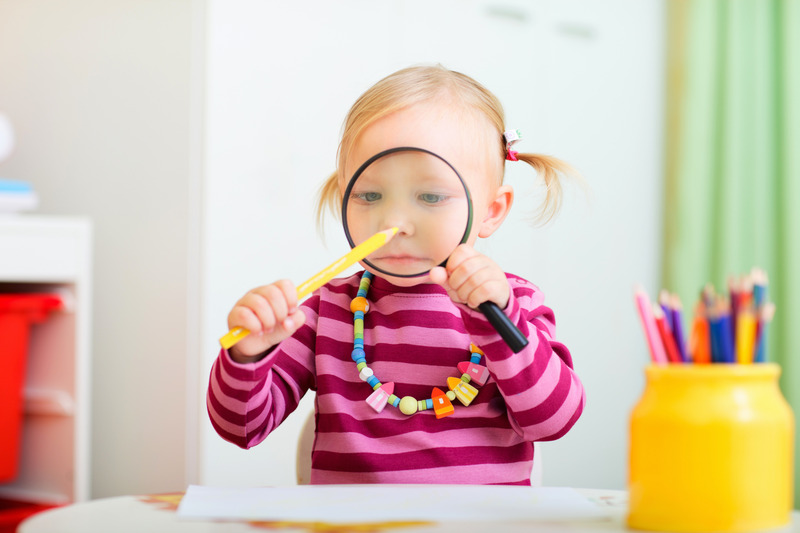 We’ve all heard of the “terrible two” stage of a baby’s life, but let’s face it. Some babies arrive there a couple of months early and the results are frustrated parents and toddlers alike.

At 22 month’s old, your baby has done a ton of growing, learned a lot of words, began to interact with their world in a way that’s more like ours. They’re getting more vocal than ever about the things they like and don’t like. Mealtime can become a war zone.

Getting your toddler to sleep is sometimes a similar war. If this is the case, try creating a sleep schedule for your 22-month-old. If your little one still won’t sleep despite having a solid sleep schedule, you may be experiencing a 22-month-old sleep regression.

Your average 22 month old baby will eat almost like you do, with a healthy 3 meals a day and two snacks to curb their appetite until it’s mealtime.

During this period, you’re likely to have moments where you have to work with your 22-month-old in order to get them to eat. It’s one of those stages that people associate with the 2-year mark, but it usually begins a few months early.

By the time you get to those precious 22 month old baby milestones, you’re likely to notice pickier eating habits and a challenge to your authority in the household. Don’t panic. It’s normal!

Yet, those terrible twos approaching are a terrific sign that your baby is struggling to become a person in their own right, with their own set of loves and hates, friends, and comforts.

You’re the one who has to guide your 22-month-old through this sometimes confusing time period.

First words have been said. First steps were taken. They discovered foods they loved and hated, and their muscles grew big and strong, just like you wanted them to.

The best 22 month old baby milestone is one of the most fun: their love of pretend play.

At this age, the old imagination is really fired up, and they’re all ready to go with games that allow them to explore that new imagination. They may love play food, dressing up as popular characters, and using things like toy vacuum cleaners.

Thanks to their recently developed muscles, they’re capable of being much more physical in their play. They can pretend to play with you or with siblings and other baby friends. It’s a heartwarming good time to watch. However, consider giving your baby a massage to support his/her growing muscles.

Who would have thought that a tantrum could be considered a 22-month-old baby milestone? Well, they can be.

At 22 months old, your child has an enormous grasp of what they want out of this world, whether it’s a toy or a certain kind of food. Unfortunately, they don’t have the ability to communicate their needs very well yet, and that can be frustrating for both them and you.

Toddler tantrums as a 22 month old baby will be best handled by mom and dad, friends, and/or partners. Only you will be able to define the situation for your blossoming toddler and react with patience and consistency. Consistency is key when dealing with tantrums.

3. Broader use of language

22 month old baby milestones are marked by an increasing grasp and use of language. By this time, your baby will know at least 20 words. They may even be able to string some words together to make little sentences. This precious milestone helps you understand what they want or need.

The majority of the time, it’ll only be a word or two here. Your baby is trying to help you understand his/her needs. Having difficulty understanding what your 22-month-old is saying can be frustrating.

Working on your baby’s vocabulary at this age can be accomplished by reading to them, conversing with them, and letting them mimic words about objects and places. It’s up to you to expand that 20 words into many more.

They know what books are, may already love how they feel, and they may be able to mimic reading… even if they’re really just holding the book.

In reality, they can appreciate the pictures are familiarizing themselves with literature. It’s very important to make sure that your 22-month-old has enough books to support vocabulary growth. The earlier you introduce your child to books, the better.

Your baby should be walking on their own now.

Now that they’re mobile, you may notice another one of their 22 month old baby milestones emerging: the act of kicking things. Kicking a soccer ball might be great for their muscles and coordination, but you’ve got another situation on your hands if they decide to kick another child or adult.

Teach your 22-month-old the rules of kicking. As always, kicking may come earlier than 22 months (or later), but when it springs up, teach them the rules.

At 22 months old, your baby may become a picky eater who is having toddler tantrums. You’ve got a situation on your hands at first, as they’ve become mobile and able to move around on their own.

Your work as a parent is just beginning in this new stage, as you strive to keep them safe. They might be climbing on dangerous things, kicking their peers, and roaming off into dangerous situations. You’re their guardian angel during this period and it’s ok to be overwhelmed.

View the hard moments as signs of progress

Take heart, though. Although some of the 22-month-old baby milestones may be overwhelming, they’re still a sign of progress. Even a tantrum can be viewed as your soon to be toddler striving to achieve independence and let their wants and needs be known.

During this time, you will increase your bond with your child.

Prepare for the terrible two’s

From here on out, things may get sticky and loud and frustrating, not just for you, but for your 22-month-old, too. Once they’re 24-months-old, behavioral problems may worsen.

They may not feel like going out to the store one day with you, but they’ll have to go and a tantrum may ensue. The way you approach this tantrum and your own demeanor can drastically deescalate the situation and restore calm.

Some of the most challenging months of your parental life are ahead. Soon your 22-month-old baby will turn into those often dreaded 2-year milestones.

What you do now to mold your child and help them become who they are destined to be will determine in large part what stage they’re at when they hit 24 months old. Encourage them, calm them, and keep them safe.

Beginning as early as you can, it’s vital to keep a positive outlook on your parenting and to let your 22-month old know that you’re on their side. However, it’s important to establish your authority and role as their protector.

This is a time of great change and true bonding between baby and parent. Your role in all of this will diminish when they’re much older, but for now, you’re the star of the show. They still look to you (or stare at you) to learn everything they need to learn. With some cooperation, luck, and a lot of playtime, you’re only going to get closer to your little 22-month-old.